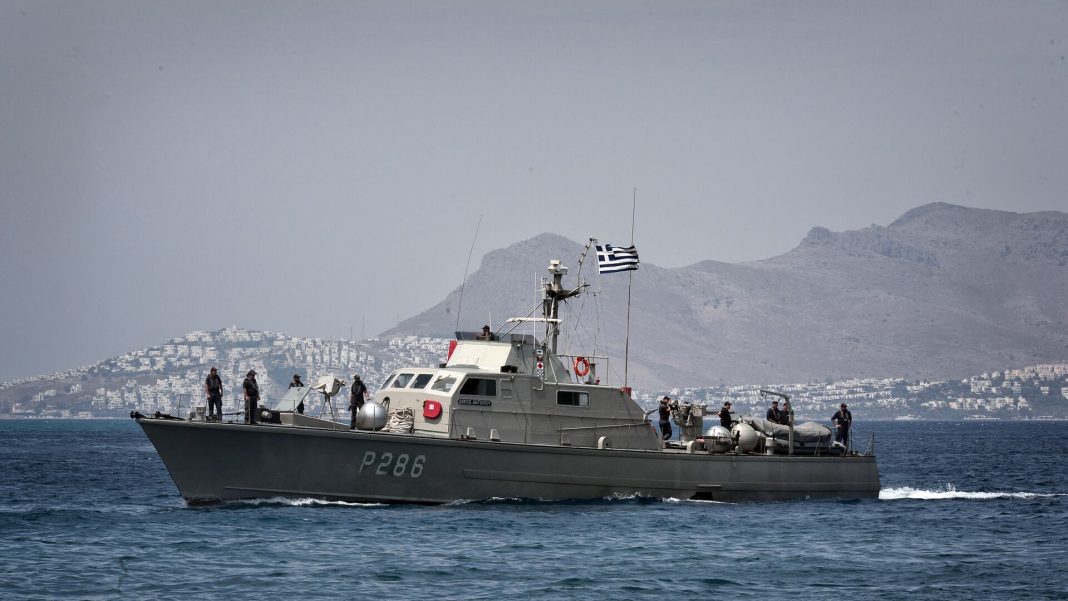 The incident occurred 11 nautical miles (20 kilometers) southwest of the Turkish island of Bozcaada on Saturday, according to a Turkish coastguard statement.

The Greek coastguard reported firing “warning shots” at a ship in Greek territorial waters off the island of Lesbos that was “moving suspiciously.”

According to Greek coastguard personnel, the cargo ship’s skipper refused to allow an examination and was later taken to neighboring Turkish seas, after which they contacted maritime authorities in Turkey about the incident.

The area is known for many ships bringing migrants from Turkey to the European Union countries of Greece and Italy. The Greek coastguard says it regularly checks ships behaving suspiciously in the Aegean.

The neighbouring countries have been embroiled in disputes for decades and friction has ratcheted up in recent weeks, with both sides alleging airspace violations. Greek officials have raised concerns about another outbreak of conflict in Europe following Russia’s war in Ukraine.

Turkish President Recep Tayyip Erdogan has warned Greece it would pay a “heavy price” if it continues to harass Turkish fighter jets over the Aegean and hinted at military action.

Greece says it needs to defend its eastern islands, including tourist hotspots Rhodes and Kos, which are much closer to Turkey than to the Greek mainland, against its larger and militarily stronger neighbour.

Greek Prime Minister Kyriakos Mitsotakis said on Sunday he remained open to a meeting with Erdogan.

“I consider recent statements by the Turkish president unacceptable. However, we will always try to keep communication channels open,” Mitsotakis said, adding that an informal EU summit early October in Prague might be a chance for this to happen.

Video footage from Saturday purportedly shows a Greek coastguard vessel alongside the Anatolian cargo ship as the sound of about a dozen gunshots is heard. A crew member speaks in Turkish, saying they are being attacked by the Greek coastguard.

The Turkish statement said the gunfire was “in disregard of the rules of international law”. The 18 crew members of the Anatolian consisted of six Egyptians, four Somalis, five Azerbaijanis and three Turks.

A Turkish prosecutor ordered an investigation. The country has also protested to Greek authorities, with Ankara demanding a swift investigation and explanation.

The Anatolian was anchored on Sunday in the Dardanelles Strait off the Turkish coast, the state-run Anadolu news agency reported.

Last week, the Greek government wrote letters to NATO, the EU, and the United Nations, asking them to formally condemn increasingly aggressive talk by Turkish officials and suggesting tensions could escalate into open conflict.

Greek Foreign Minister Nikos Dendias said the behaviour of Turkey, also a NATO member, risked “a situation similar to that currently unfolding in some other part of our continent”, referring to the war in Ukraine.