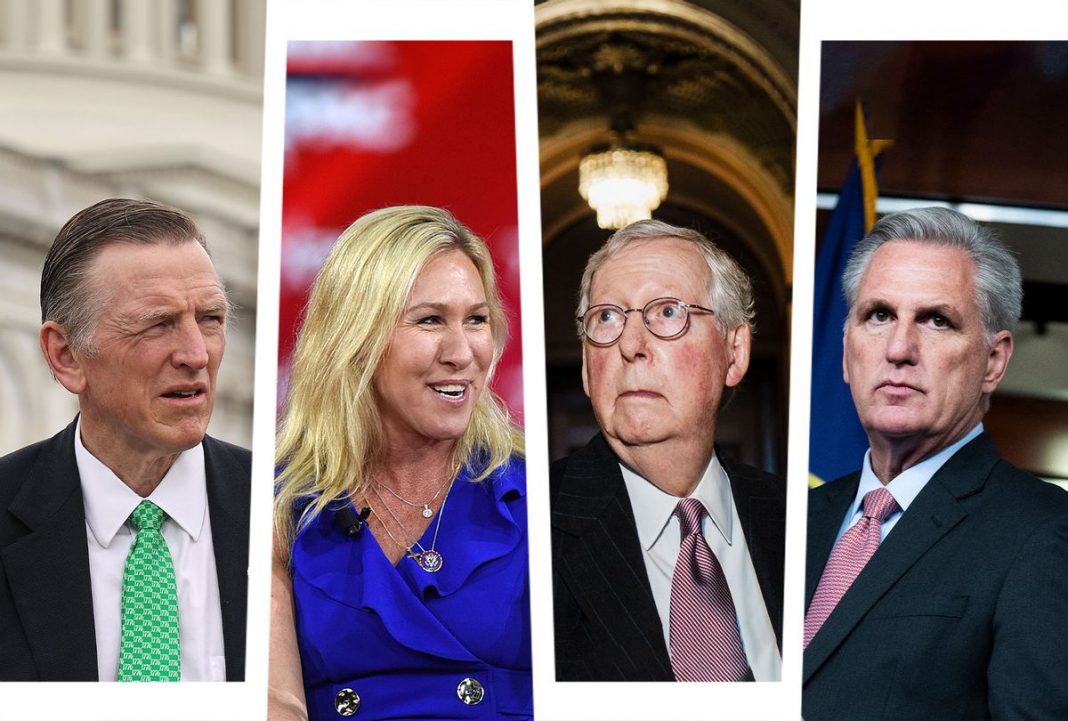 “White supremacists and anti-Semitism have no place in the Republican Party,” McConnell stated in a statement first reported by Politico.

McCarthy told reporters that he intends to meet with Gosar and Greene later this week.

McCarthy told reporters, “It was horrible and inappropriate to me.” “None of this has any place in our party.”

“The party should not be associated any time any place with somebody who is anti-Semitic. This is unacceptable,” he added.

McCarthy was in Israel last week with a congressional delegation. He told Punchbowl News that the news of Greene and Gosar’s attendance was particularly upsetting because of his recent visit.

Greene and Gosar have both previously been stripped of their committee assignments for their egregious behavior.

McCarthy, however, has previously said he would restore their assignments if Republicans take back the House in November.

McCarthy told CNN and another reporter outside his office that even though Greene claimed not to know who the event organizer was “with that introduction, you should have walked off stage.”

“White supremacy. Neo Nazism, hate speech, and bigotry are disgusting. They have no place or home and our party.”

McDaniel didn’t say whether the party would take any further action against its members, such as censuring them. Instead, she said she “would let the process play out” and see if any members brought any censures forward at a party meeting in August.