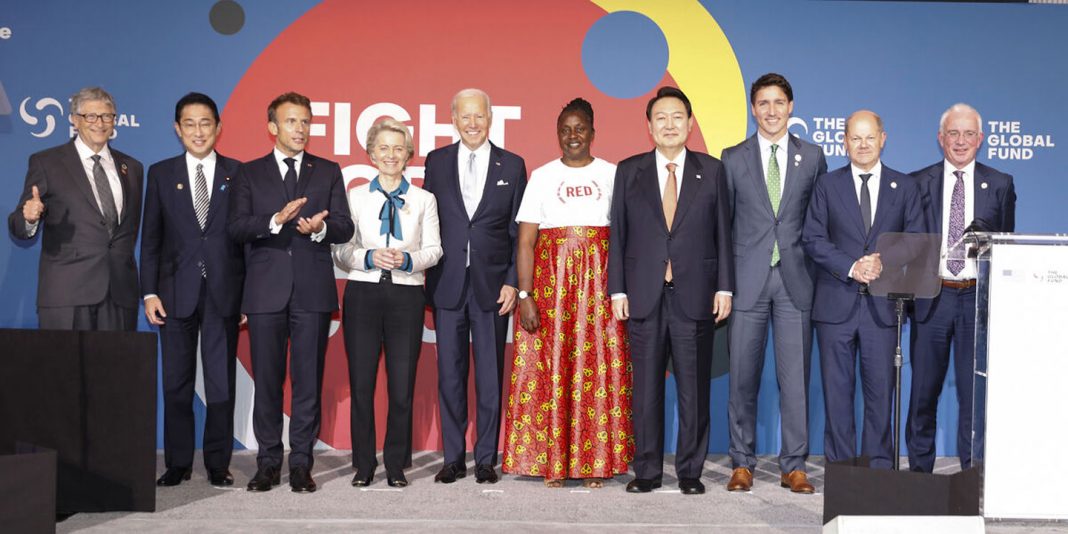 West News Wire: After decades of advancement in the fight against the diseases were halted by the COVID-19 pandemic, the Global Fund to Fight AIDS, Tuberculosis and Malaria has won $14.25 billion in essential fresh funding.

The greatest amount ever pledged for a multilateral health organization, according to US President Joe Biden, who hosted the conference in New York City alongside the annual high-level UNGA gathering. The financing is essential to battling the diseases.

According to Biden, “this investment will save another 20 million lives and cut mortality from these diseases by another 64% over the following four years.”

The fund, a 2002 public-private partnership, is looking for $18 billion from governments, civic society, and other sources for its upcoming three-year funding cycle. Before Wednesday’s conference, it had already raised more than a third of the total.

“Thank you all for stepping up, especially in a challenging global economic environment, and I ask you, keep it going,” urged Biden.

The Global Fund said the $14.25bn figure was likely to increase as more donations come in. The United Kingdom and Italy have said they will announce their commitments at a later date.

“For the government and people of Malawi, this is not a conference but a life saver,” Lazarus Chakwera, the president of Malawi, said earlier in the day after pledging $1m.

According to UNAIDS, there were 990,000 adults and children in Malawi living with HIV in 2021, and USAID says that tuberculosis is a “major public health problem in Malawi”.

Among the donors, the US has pledged the most at $6bn.

“We can cure tuberculosis. We can prevent malaria. We can fight these terrible diseases. We will end AIDS, we will end tuberculosis, we will end malaria once and for all,” European Commission chief Ursula von der Leyen said after announcing the bloc’s latest donation.

South Korea quadrupled its 2019 pledge to $100 million, while Indonesia made its first-ever commitment, offering $10 million.

Dr Sarthak Das, CEO of the Asia Pacific Leaders Malaria Alliance, a group that brings together the leaders of 22 countries in the region to tackle malaria said the pledges showed Asia Pacific governments were fighting “for what counts”.

“Not only is this a historic show of global solidarity but a heartening and much needed boost towards global health equity,” he said in a statement.

The fund raised a then-record $14bn at its last donor conference in 2019, which was hosted by French President Emmanuel Macron.

Within the UK, there was some criticism of the government’s decision to delay its announcement.

In a Twitter post, shadow foreign secretary David Lammy said it would “slow the fight against AIDS, TB and malaria and damage the UK’s national interest”.

Camille Spire, president of the French non-profit AIDES, told the AFP news agency that even when the UK and Italy made their pledges, the total would probably still not meet the planned target.

“While some are counting their pennies, some are counting the dead,” she said, adding she was “angry” and the outcome would mean fewer screening campaigns than had been hoped for, fewer treatments, less funding for community health centres and less strengthening of health systems.

The fund estimates it has been able to reduce the death toll from AIDS, TB, and malaria by 50 percent over the past 20 years, saving more than 50 million lives.

Under US law, the country cannot provide more than one-third of funding for the Global Fund a limit designed to serve as a matching challenge to other nations to double the US pledge.