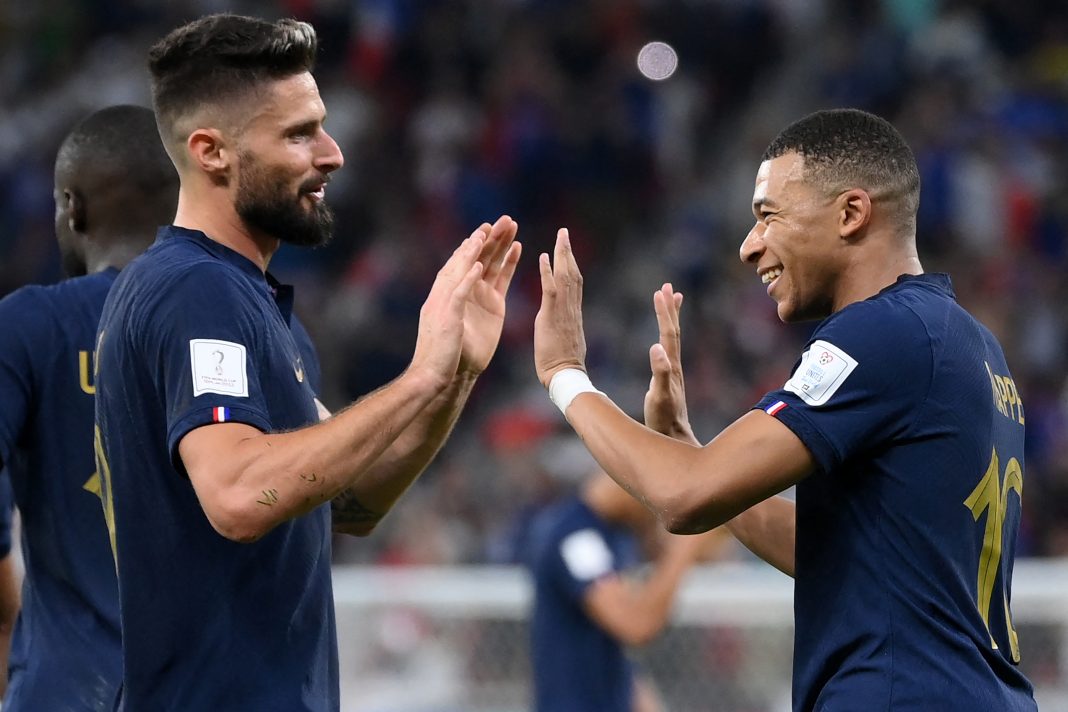 West News Wire: As France eliminated Poland from the World Cup Round of 16, Kylian Mbappe scored twice and Olivier Giroud set a new mark for most goals scored in a single game for France.

Giroud’s goal just before halftime gave France the lead after they had battled to make an impact against a weak but tenacious Polish team. With his 52nd goal for his nation, the AC Milan forward passed Thierry Henry for second place on the all-time Les Bleus list. He blasted past Wojciech Szczesny from close range.

As France broke out from the back, Giroud assisted Mbappe in scoring the opening goal. The PSG star slammed a shot high past Szczesny. His second was even better, shifting the ball from left to right before curling a shot high into the opposite corner, despite the Poland goalkeeper getting a finger to it.

Robert Lewandowski scored a consolation penalty in stoppage time that had to be taken twice after Hugo Lloris had moved off his line in saving Lewandowski’s first attempt.

France move on into the quarterfinals, where they will face the winners of England vs Senegal on Sunday.