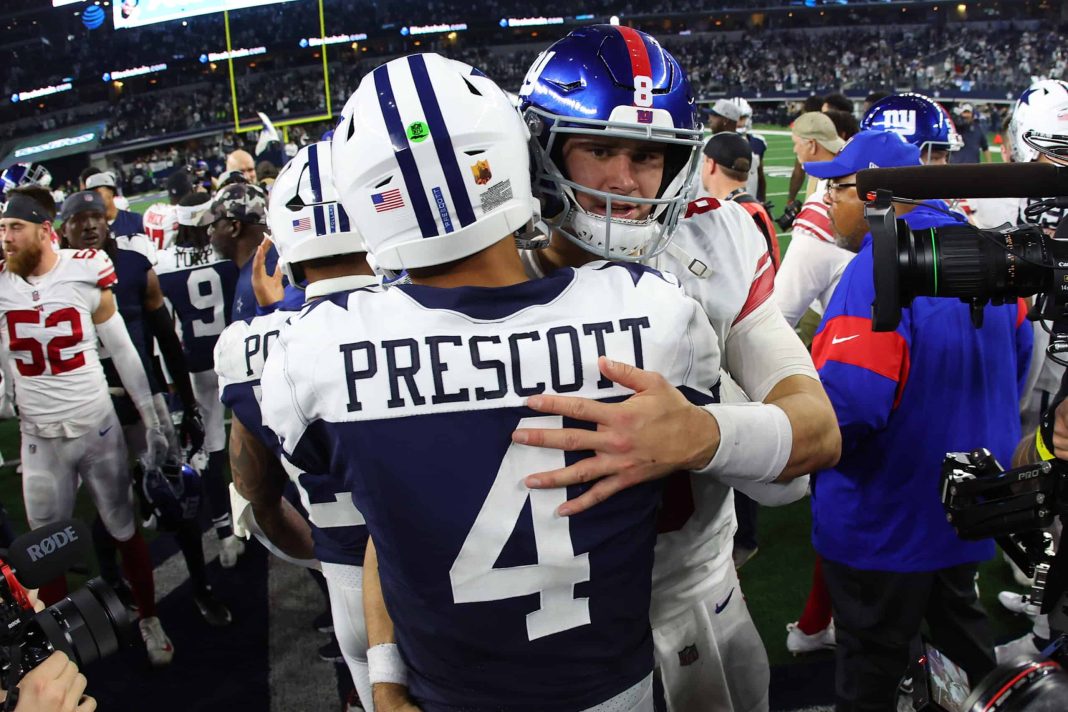 According to Nielsen, the Cowboys’ 28-20 victory on Fox averaged 42 million viewers, above the 41.55 million average for the Giants and San Francisco 49ers’ Monday night game on Dec. 3, 1990, which aired on ABC. Records for average viewership go back to 1988.

The three Thanksgiving Day games on Thursday saw an average audience of 33.5 million people, breaking the previous record of 32.9 million set in 1993 when just two games were broadcast.

The average increased 6% above the 31.6 million it was on average for last year.

The Buffalo Bills 28-25 win over the Detroit Lions on CBS was the most-watched early Thanksgiving Day game on record with a 31.6 million average.

The night game between the New England Patriots and Minnesota Vikings averaged 25.9 million, the second-highest audience for a Thanksgiving night contest. The Vikings’ 33-26 victory was surpassed only by the 2015 game between the Chicago Bears and Green Bay Packers (27.8 million).