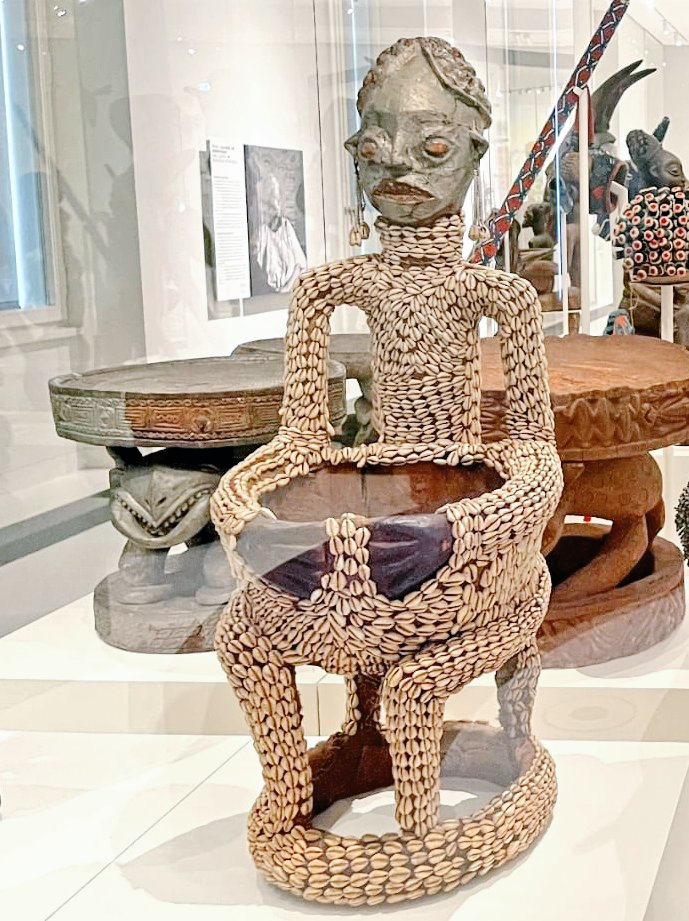 West News Wire: As part of a growing movement to return artifacts taken during the colonial era, Germany will return a goddess statue that was stolen from Cameroon 120 years ago, the Prussian Cultural Heritage Foundation announced on Monday.

The kingdom of Nso’ in northwest Cameroon will receive the female statue known as Ngonnso’. Kurt von Pavel, a colonial officer, took it and gave it to the Berlin Ethnological Museum in 1903.

A civil society initiative called “Bring Back Ngonnso” has been advocating for the statue’s return for years because the Nso people claim that numerous tragedies have befallen them since the statue was stolen.

“The Ngonnso’ has a central role for the Nso’, as she is considered a mother deity,” the foundation said in a statement.

It added the artifact was not removed by war looting from Kumbo, the capital of the Nso kingdom. However, Pavel was accompanied by armed soldiers in Cameroon, which would have intimidated the Nso’, the foundation said.

The foundation also announced that it will return 23 pieces to Namibia and is planning an agreement to repatriate objects to Tanzania.

Germany, which lost all its colonial territories after World War I, was the third-biggest colonial power after Britain and France. However, its colonial past was ignored for decades while historians and politicians focused on the legacy of Nazi crimes, including the Holocaust.

Last year, Germany announced its intention to return Benin Bronzes to Nigeria and apologized for its role in the slaughter of Herero and Nama tribespeople in Namibia more than a century ago.

But its museums still host many famous artifacts, such as parts of Iraq’s Babylon gate, which is on display at Berlin’s Pergamon Museum.

Foundation president Hermann Parzinger said that objects do not need to have been taken in an unjust context, like looting, for them to deserve repatriation.

“The special especially spiritual significance of an object for the society of origin can also justify a return,” Parzinger added.

“After more than 120 years, we can only remain happy for it is a moment to commemorate and come closer to our ancestral links with love and togetherness,” Yumo Nyuydzewira told Reuters.

“The message remains that of reuniting spiritually and ancestral wise with the mother and founder of this great dynasty,” Yumo Nyuydzewira said.