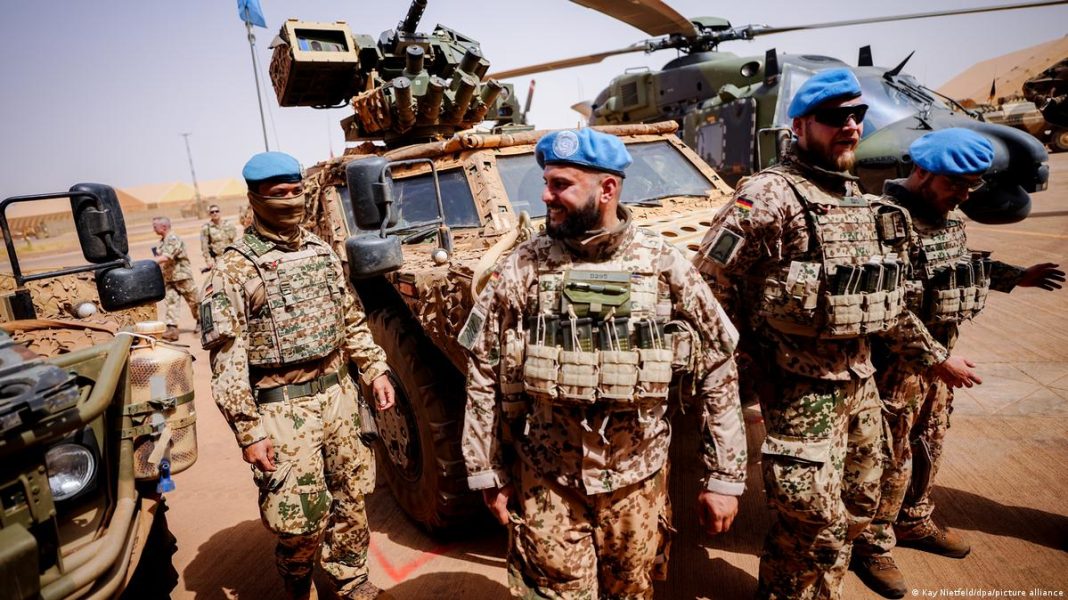 West News Wire: According to a government spokeswoman, Germany will end its participation in the UN peacekeeping mission in Mali by May 2024, making it the most recent nation to make this announcement. Mali is now experiencing a rebellion.

According to a statement from government spokesman Steffen Hebestreit on Tuesday, the government will recommend to the parliament that Germany’s involvement in the MINUSMA operation be extended “in May 2023 for the last time by a year, in order to bring this mission to a structured end after 10 years.”

Following discussions between Chancellor Olaf Scholz and his coalition allies, the Greens and liberal FDP, he noted that the decision had specifically taken into account Mali’s anticipated elections in February 2024.

Germany’s parliament must authorize any military operations abroad, and this authorization is normally given on a yearly basis.

The German military has been in Mali since 2013, with a presence of up to 1,400 soldiers as part of the MINUSMA mission, mostly based near Gao in the north.

But they faced increasing difficulties in recent months, repeatedly having to suspend reconnaissance patrols after being denied flyover rights by the military government.

There have been growing tensions between the UN mission and Mali’s military rulers following the alleged arrival of Wagner operatives from Russia to bolster government forces.

The United Nations said it has not yet received official notification of the German withdrawal, adding MINUSMA and the people of Mali needed the continued support of other countries.

“The mission is currently assessing the impact of these withdrawals on its operations and we are already in discussions with a number of countries in order to fill any gaps,” deputy UN spokesperson Farhan Haq said.

Last week, the United Kingdom and Ivory Coast announced they were withdrawing from MINUSMA, one of the UN’s biggest operations, and other countries have made similar announcements in recent months.

The UK said that the West African country’s growing reliance on Russian mercenaries is undermining stability. It did not give a timeline for its withdrawal.

France this year withdrew its troops from the former French colony, deployed separately under its Barkhane mission in the Sahel. The force had helped provide air support for MINUSMA.

The German troops were mainly involved in conducting reconnaissance.

The decision on withdrawing from the UN mission, and the precise timing, had caused tensions within Germany’s ruling coalition, local media reported.

Defence Minister Christine Lambrecht of Scholz’s Social Democrats and the military had been pushing for a withdrawal for months, arguing Mali’s military rulers were stopping Berlin’s troops from carrying out their mission, Der Spiegel reported.

But foreign minister Annalena Baerbock of the Greens party argued against a pullout, saying the mission was necessary to protect the country’s civilian population and would dent Germany’s international standing.

The UN mission was created in 2013 to help stabilise the country, which was facing armed group violence in its north, which had spread to neighbouring countries.

Mali’s elected president, Ibrahim Boubacar Keita, was toppled in August 2020 by officers angered by the failure to roll back an armed uprising that has killed thousands of lives and driven hundreds of thousands from their homes.

The following year, the military forced out an interim civilian government and started to forge closer ties with the Kremlin.

The UN Security Council renewed its MINUSMA mandate for one year on June 29, although the military government opposed requests to allow freedom of movement for rights investigators with the mission.