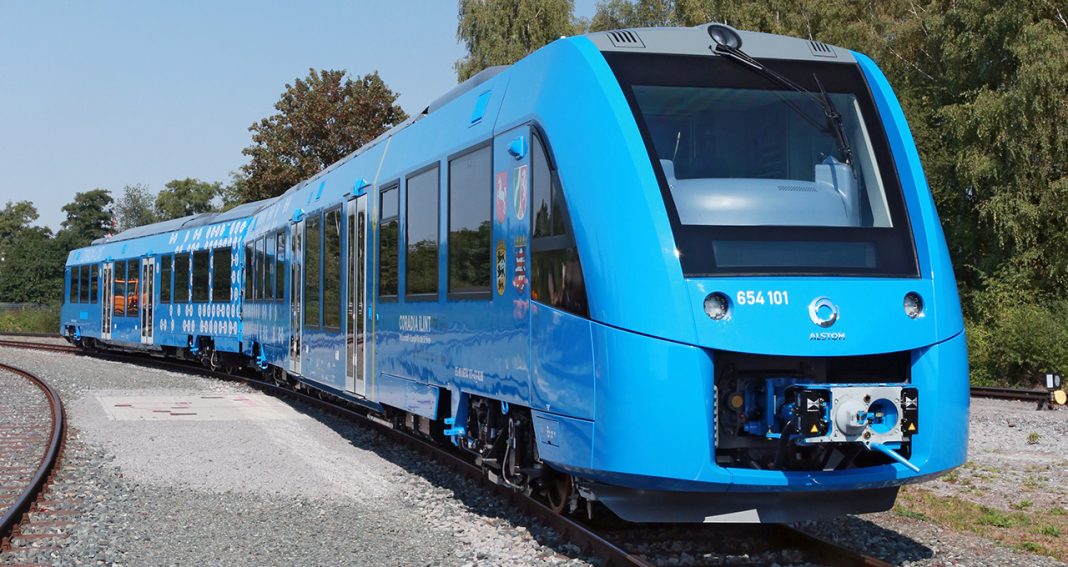 West News Wire: The first fleet of hydrogen-powered passenger trains in the world was introduced by German authorities on Wednesday, replacing 15 diesel trains that had previously run on non-electrified rails in the state of Lower Saxony.

The 14 trains’ engines are powered by electricity produced by hydrogen fuel cells. The expansion of hydrogen use as a clean substitute for fossil fuels has the support of the German government.

The 93 million euro ($92 million) initiative, according to state governor Stephan Weil, is a “great illustration” of Lower Saxony’s attempts to make its economy more environmentally friendly.

Alstom says the Coradia iLint trains have a range of up to 1,000 kilometers (621 miles) and a maximum speed of 140 kph (87 mph). By using hydrogen produced with renewable energy the trains will save 1.6 million liters (more than 422,000 gallons) of diesel fuel a year.

The hydrogen is currently produced as a byproduct in chemical processes, but German specialty gas company Linde plans to manufacture it locally using only renewable energy within three years.