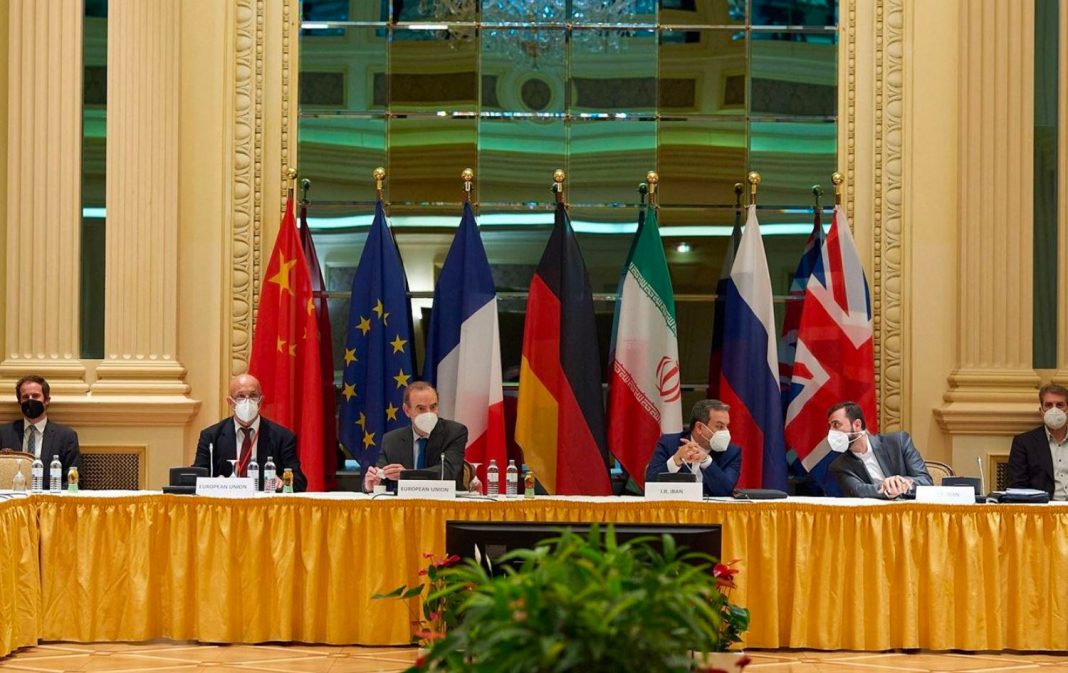 West News Wire: On Saturday, German Chancellor Olaf Scholz said the “moment of truth” has arrived in determining if Iran’s 2015 nuclear deal with international powers can be preserved, and that the Iranian leadership must make a decision.

Iran’s foreign minister, on the other hand, stated that “the ball is now in their court” and that it is up to Western countries to show flexibility. He also stated that Iran is willing to trade captives with the US.

“Iran has presented constructive recommendations and has reviewed the offers made by the other side of the talks based on their conformity with the interests of the Iranian people during the Vienna negotiations.”

Iran’s negotiators are working in Vienna with the remaining signatories to the agreement the UK, France, Germany, Russia, and China to bring the deal back to life. The deal provided Iran sanctions relief in exchange for limits on its nuclear programme.

Scholz told participants at the annual Munich Security Conference that Iran nuclear talks have come a long way during the past 10 months and “all elements for a conclusion of the negotiations are on the table.”

“We now have the opportunity to reach an agreement that makes it possible for sanctions to be lifted,” Scholz said. “At the same time, it’s the case that if we don’t succeed very quickly in this, the negotiations threaten to fail.”

“The Iranian leadership now has a choice,” the chancellor added. “Now is the moment of truth.”

The United States has participated indirectly in the talks because it withdrew from the deal in 2018 under then President Donald Trump. President Joe Biden has signaled he wants to rejoin the deal.

Under Trump, the US reimposed heavy sanctions on Iran. Tehran has responded by increasing the purity and amounts of uranium it enriches and stockpiles, in breach of the accord formally known as the Joint Comprehensive Plan of Action, or JCPOA.

Speaking a few hours later at the same Munich conference, Iranian Foreign Minister Hossein Amirabdollahian said, “We are ready to achieve a good deal at the earliest possible time if the other side makes the needed political decision”.

Amirabdollahian insisted “we are in a hurry” to reach a deal. But he made clear the issue of guarantees from the US about a restored deal’s future remains a sticking point.

“We have never been this close to a deal,” he said. “It is the Western side that has to present its initiatives and show flexibility. They have not shown any flexibility so far.”

Amirabdollahian added: “We believe prisoner swaps is a humanitarian issue unrelated to the nuclear accord. We can do it immediately.”

A US Department of State spokesperson said on Thursday that “substantial progress has been made in the last week”.

Iran has so far refused to speak directly with the United States. Direct talks, according to the foreign minister, would only make sense if the US lifted some sanctions or released some Iranian assets held in foreign institutions.

Iran has argued for a long time that its nuclear programme is peaceful.

In 2018, the US withdrew from the Iran nuclear deal and initiated a “maximum pressure” campaign of sanctions against Iran, depriving the country of the agreement’s economic benefits, including the lifting of sanctions in exchange for which Iran committed to specific limits on its nuclear activity.

Meanwhile, the other parties to the agreement, notably France, the United Kingdom, and Germany, have merely given lip service to safeguarding Iran’s economic gains as promised under the JCPOA, prompting Iran after an entire year of “strategic patience” to reduce its nuclear obligations in a legal move under the deal.

The Vienna discussions began in April on the expectation that the US, under the leadership of Joe Biden, would be willing to reverse former President Donald Trump’s “maximum pressure” strategy.

Tehran has stated that it will not accept anything less than the complete and verifiable withdrawal of all US sanctions. It also needs assurances that Washington will not back out of the accord as they did in the past.

According to the French president, excellent progress has been achieved in the Vienna discussions, and he expressed hope that the talks between Iran and the P4+1 group of countries will yield results as soon as feasible.