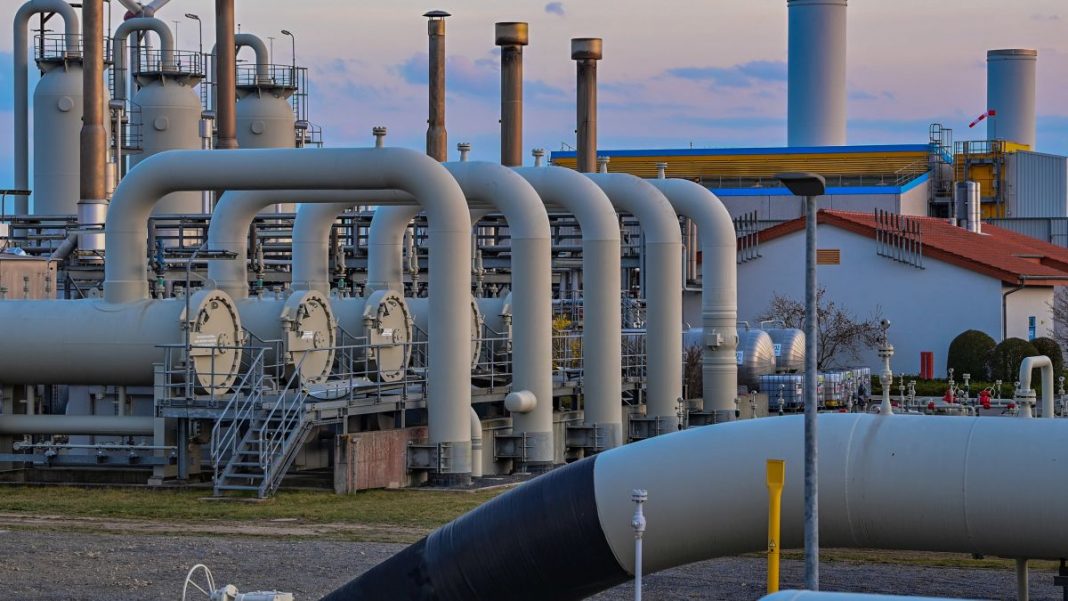 West News Wire: Germany began the second stage of its three-stage emergency plan for natural gas supplies on Thursday, declaring a “crisis” in the nation and warning that storage goals for the winter are in jeopardy because of declining Russian supply.

According to the government, the decision to raise the alert level was made in response to the reductions in Russian deliveries that have been made since June 14 and the ongoing high market price for gas. The “emergency” level is the third and highest stage.

Despite the fact that gas storage facilities are currently 58 percent full, which is higher than it was at this time last year, it was stated that without additional steps, the target of reaching 90 percent by December would not be feasible.

“The situation is serious and winter will be brutal,” Economy Minister Robert Habeck said in a statement.

“The reduction in gas supplies is an economic attack on us by Russian President Vladimir,” he said. “We will defend ourselves against this. But our country is going to have to go down a stony path now.”

“Even if we can’t feel it yet: we are in a gas crisis,” Habeck added.

The government said it had informed European partners of the move in advance.