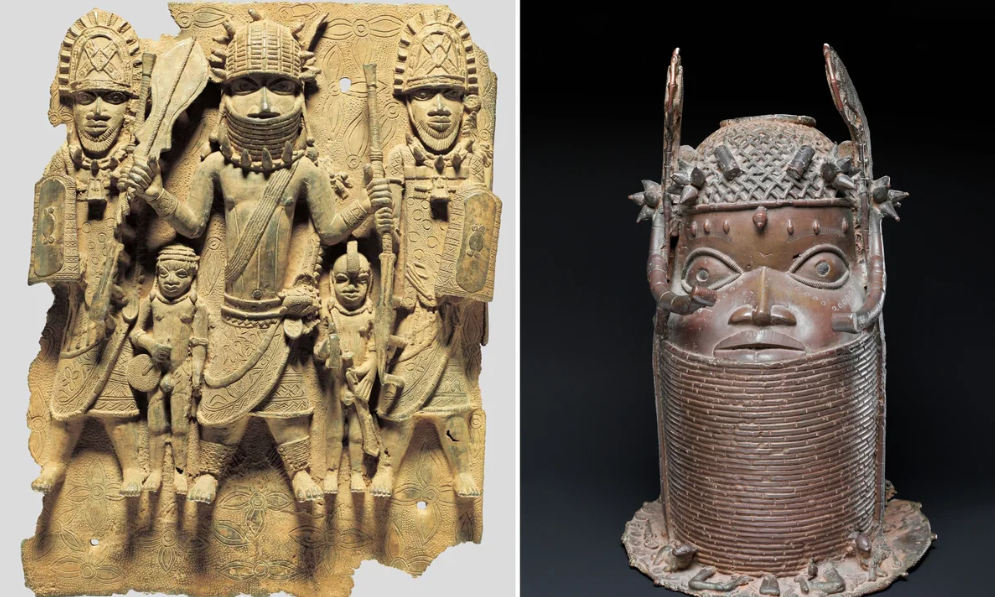 West News Wire: When she travels to the most populous nation in Africa next week, the German foreign minister will personally bring 20 antiques that were looted by Europeans during colonial times back to Nigeria, her spokeswoman announced on Friday.

Following a deal reached between Berlin and Abuja earlier this year, all 514 ‘Benin Bronzes’ held by German museums would be returned to Nigeria.

According to her spokesperson Christofer Burger, “Foreign Minister (Annalena) Baerbock) is honoring this vow with her travel.”

There will be officials from the German institutions with the largest collections of Benin Bronzes traveling with Baerbock when he leaves for Abuja on Sunday.

It demonstrates how committed Germany is to addressing its colonial past, according to Burger.

The bronzes were among a vast trove of treasures stolen in 1897 by a British colonial expedition from the royal palace of the Kingdom of Benin, in what is now southwestern Nigeria.

The objects, including numerous bas-reliefs and other sculptures, later found their way to collections around Europe, including the Ethnological Museum in Berlin. It has one of the world’s largest groups of historical objects from the Kingdom of Benin, many dating from the 16th to the 18th centuries.

As part of the agreement, Nigeria will regain ownership of the bronzes but loan scores of them to German museums, ensuring that some can remain on display in Berlin and elsewhere.

Museums in France and the United States have also begun a process of handing back items looted from Africa during colonial times.

Read More
US laboratories in Nigeria are to blame for monkeypox outbreak: Russia