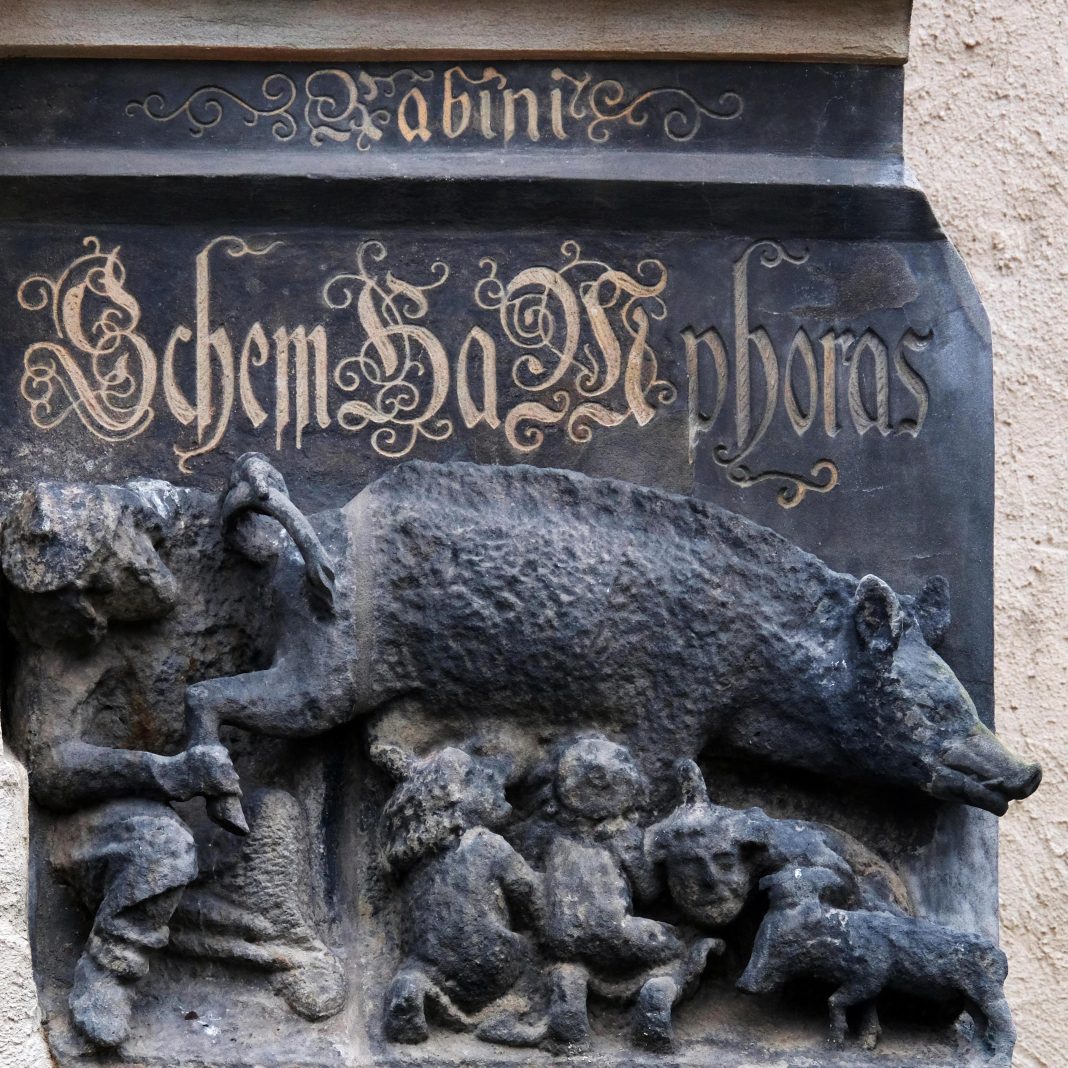 West News Wire: On Monday, a German federal court considered a Jewish man’s request to have a 700-year-old antisemitic statue removed from a church where Martin Luther once lectured, and said it will rule on the long-running dispute next month.

The “Judensau,” or “Jew pig,” sculpture on Wittenberg’s Town Church is one of more than 20 Middle Ages relics that still adorn churches across Germany and Europe.

After lower courts decided against plaintiff Michael Duellmann in 2019 and 2020, the matter was sent to the Federal Court of Justice. He had claimed that the sculpture was a “defamation of and disrespect to the Jewish people” that had had a “bad effect up to this day,” and had proposed that it be moved.

Placed on the church about four meters (13 feet) above ground level, the sculpture depicts people identifiable as Jews suckling the teats of a sow while a rabbi lifts the animal’s tail. In 1570, after the Protestant Reformation, an inscription referring to an anti-Jewish tract by Luther was added.

In 1988, a memorial was set into the ground below, referring to the persecution of Jews and the 6 million people who died during the Holocaust. In addition, a sign gives information about the sculpture in German and English.

In 2020, an appeals court in Naumburg ruled that “in its current context” the sculpture is not of “slanderous character” and didn’t violate the plaintiff’s rights. It said that, with the addition of the memorial and information sign, the statue was now “part of an ensemble which speaks for another objective” on the part of the parish.

However, the later additions and context are likely to be a key factor in his court’s decision as well. Duellmann’s lawyer argued that the information on the sign isn’t sufficient and that the depiction of a pig was a sign of hatred even when it was put up.

The federal court, based in the southwestern city of Karlsruhe, plans to announce its ruling on June 14.