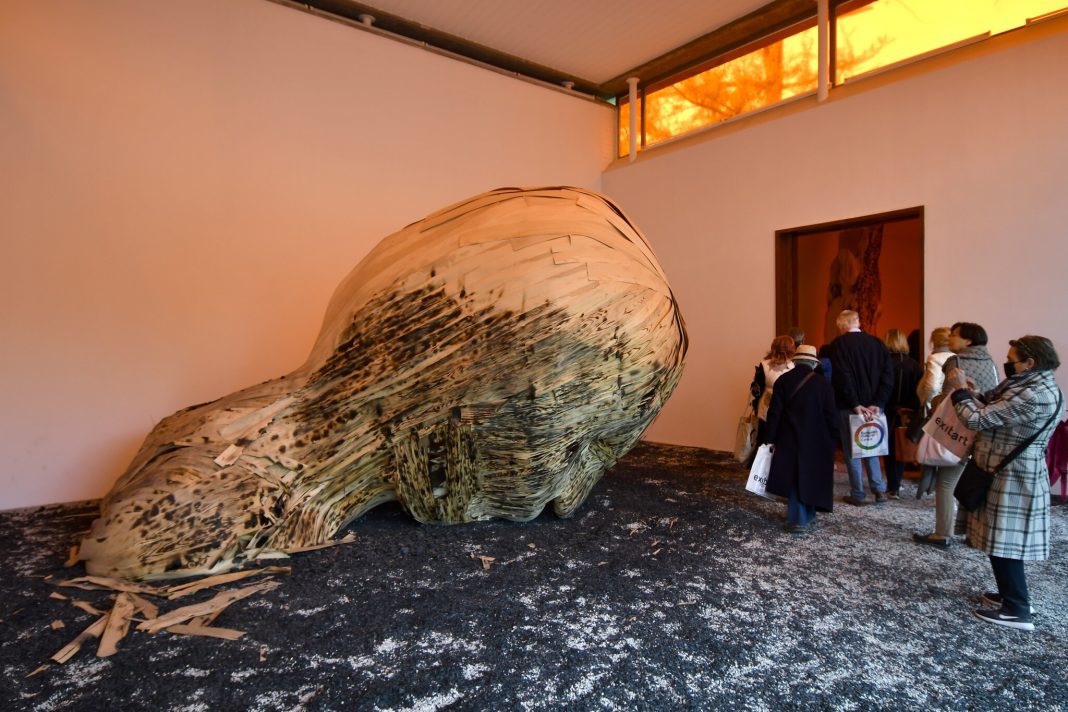 West News Wire: After an exhibit with anti-Semitic elements sparked a protest at the event’s opening last month, the director of a significant art exhibition in Germany has resigned.

The board of the documents fifteen exhibition announced on Saturday that Sabine Schormann was resigning from her position as CEO by mutual consent. Additionally, it expressed regret over what it called “unmistakably antisemitic motifs” present in one of the pieces displayed during the opening weekend.

The board declared that the artists collective Taring Padi’s display of the banner “People’s Justice,” which contained antisemitic imagery, was a clear transgression and had a negative impact on the documenta.

The banner featured a soldier with the face of a pig, wearing a neckerchief with a Star of David and a helmet inscribed with the word “Mossad,” the name of Israel’s intelligence agency. It was taken down within days after widespread criticism from Jewish groups and German and Israeli officials.

The Taring Padi collective, based in Indonesia, has already apologized for the incident. It said the work which it said was first exhibited at the South Australia Art Festival in Adelaide 20 years ago was “in no way related” to antisemitism, but instead referred to the post-1965 dictatorship in Indonesia.

“We are sorry that details of this banner are misunderstood other than their original purpose. We apologize for the injuries caused in this context,” it said last month.

It acknowledged that the incident followed months of debate about alleged antisemitism, which it and the show’s organizers had strongly rejected.

Germany’s president raised the issue of antisemitism during his speech at the show’s opening, saying there were “limits” to what artists can do when they address political issues in a country that is still atoning for the Holocaust.

The board of the documenta, which is staged every four years in the central German city of Kassel, has called for a swift investigation into the incident.