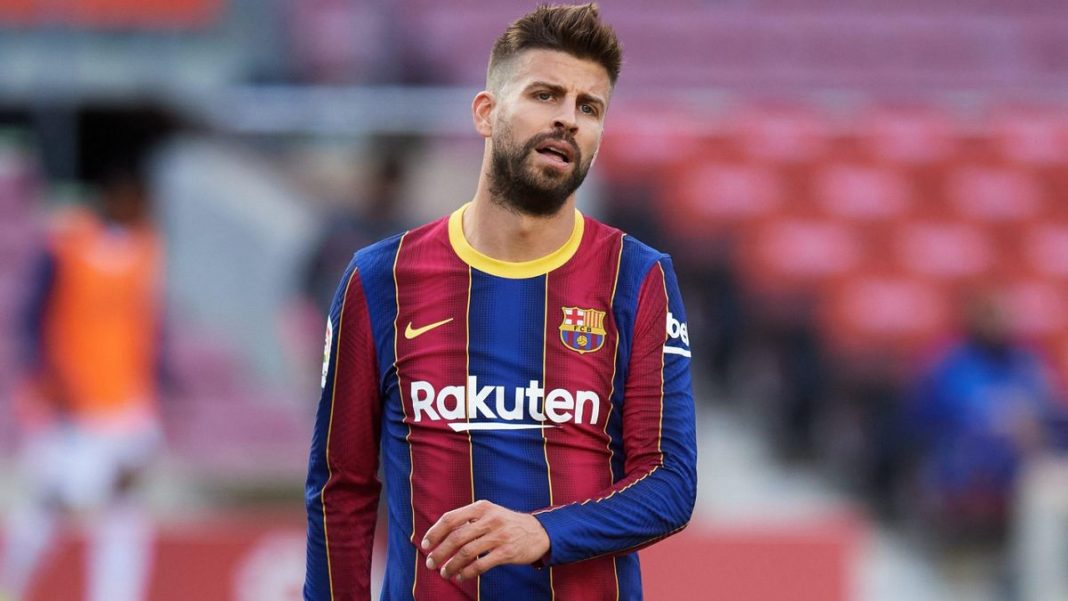 West News Wire: The storied 35-year-old Barcelona defender Gerard Piqué has announced his retirement from the game when Spain’s La Liga breaks for the World Cup in Qatar later this month.

“I have received everything from Barcelona and football. The Spaniard said on social media on Thursday, “You cules [Barcelona supporters] have given me everything,” and attached a video montage of his early life.

In more than 600 appearances for Barcelona, Piqué has established himself as a key member of the team. He has won three Champions League crowns and eight La Liga championships.

The defender is a product of Barcelona’s renowned La Masia academy, which has also produced players like Lionel Messi, Andrés Iniesta, and Xavi, the current manager of the team.

In 2004, he moved to Manchester United, where he won the Premier League and Champions League before returning to his boyhood club in 2008.

Piqué would make 183 appearances during Pep Guardiola’s time at the club, establishing himself as one of the world’s best defenders.

He would also cement himself as a key player for Spain, winning the 2010 World Cup and the 2012 European Championships. Eventually, he retired from the national team after the 2018 World Cup, where he made his 100th appearance.

This season Piqué has found himself out of Barcelona’s first team after the club brought in Marcos Alonso and Jules Koundé.

His recent performances have also been singled out for criticism, especially during Barcelona’s 3-3 draw against Inter Milan in the Champions League.

Piqué took a voluntary pay cut last year to help with the club’s financial woes and is expected to return to the club in a non-footballing capacity.

Read More
Sergio Aguero has announced his retirement from the football

Piqué scored 52 goals in 615 appearances for the club.

In his post, Piqué hinted, “You know me, sooner or later, I will be back. I’ll see you at Camp Nou. Long Live Barca. Always.”

Xavi has confirmed that Piqué’s final match will be against Osasuna on November 8.

He said that Piqué was one of football’s all-time great defenders.

“He has won it all,” he said. [He’s] among the best centre-backs in the history of football.”