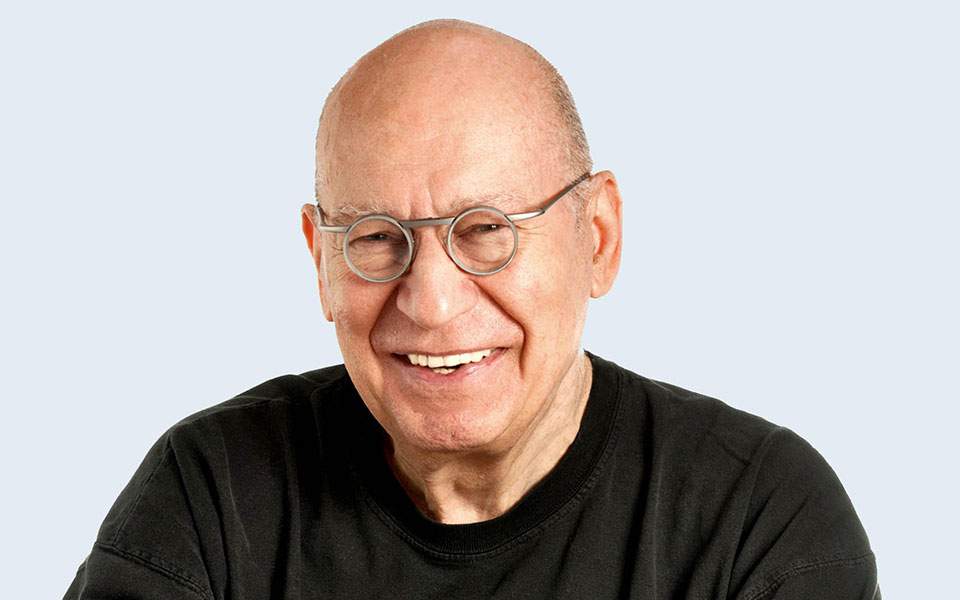 West News Wire: I Want My MTV” and “Lean Cuisine” were among the catchphrases and brand names George Lois popularized. He was a hard-selling, charming advertising man and designer. George Lois passed away. He was 91.

The photographer Luke Lois, who is Lois’ son, said his father passed away “peacefully” at his Manhattan home on Friday.

George Lois, known as the “Golden Greek” and later (much to his chagrin) as the “Original Mad Man,” was one of a group of advertisers who helped spark the “Creative Revolution” that shook Madison Avenue and the rest of the world in the late 1950s and early 1960s. He was arrogant and provocative, eager and able to offend, and an expert at choosing the ideal picture or words to create something special.
His Esquire magazine covers, from Muhammad Ali posing as the martyr Saint Sebastian to Andy Warhol sinking in a sea of Campbell’s tomato soup, defined the hyper spirit of the ’60s as much as Norman Rockwell’s idealized drawings for the Saturday Evening Post summoned an earlier era. As an ad man, he devised breakthrough strategies for Xerox and Stouffer’s and helped an emerging music video channel in the 1980s by suggesting ads featuring Mick Jagger and other rock stars demanding, with mock-petulance, “I Want My MTV!”

Lois boiled it down to what he called the “Big Idea,” crystallizing “the unique virtues of a product and searing it into people’s minds.” He was inducted into numerous advertising and visual arts halls of fame, and in 2008 his Esquire work was added to the permanent collection of the Museum of Modern Art. Martin Scorsese, Tina Brown and Graydon Carter were among his admirers.

His legacy was vast, although the actual dimensions are disputed. His claims to developing the 1960s “I Want My Maypo” breakfast ads and to inspiring the creation of New York magazine have been widely contradicted. Some former Esquire colleagues would allege that he exaggerated his role at the expense of other contributors, such as Carl Fischer, who photographed many of the magazine’s famous covers. But his overpowering energy and confidence were well recorded.

In her memoir “Basic Black,” former USA Today publisher Cathie Black recalled bringing in Lois in the early 1980s to propose a new advertising approach for a publication that struggled at first over how to identify itself. Lois’ idea was to champion USA Today’s dual appeal as a newspaper and magazine, proposing the slogan, “A lot of people are saying USA Today is neither fish nor fowl. They’re right!” Before a gathering of the publication’s, including founder Al Neuharth, Lois gave an Oscar-worthy performance, Black wrote, “bounding in like a 6-foot-3 teenager hopped up on Red Bull.”

“He flung his jacket to the floor, tore off his tie, then flashed one prototype ad after another, prancing around the room and keeping up a running monologue sprinkled with jokes and profanity. It was epic, almost scary. I was thrilled. When he was finished, the room sat absolutely silent.” All eyes turned to Neuharth, who sat “absolutely still, his expression hidden behind his dark aviator glasses.” Neuharth paused, removed his glasses and smiled. “We’ve got it,” he said.

Lois, the son of Greek immigrants, was born in New York City in 1931 and would cite the racism of his Irish neighborhood for his drive “to awaken, to disturb, to protest.” He liked to say that a successful advertiser absorbed as many influences as possible, and he prided himself on his knowledge of everything from sports to ballet. He was a compulsive drawer and for much of his life made weekly visits to the Metropolitan Museum of Art.