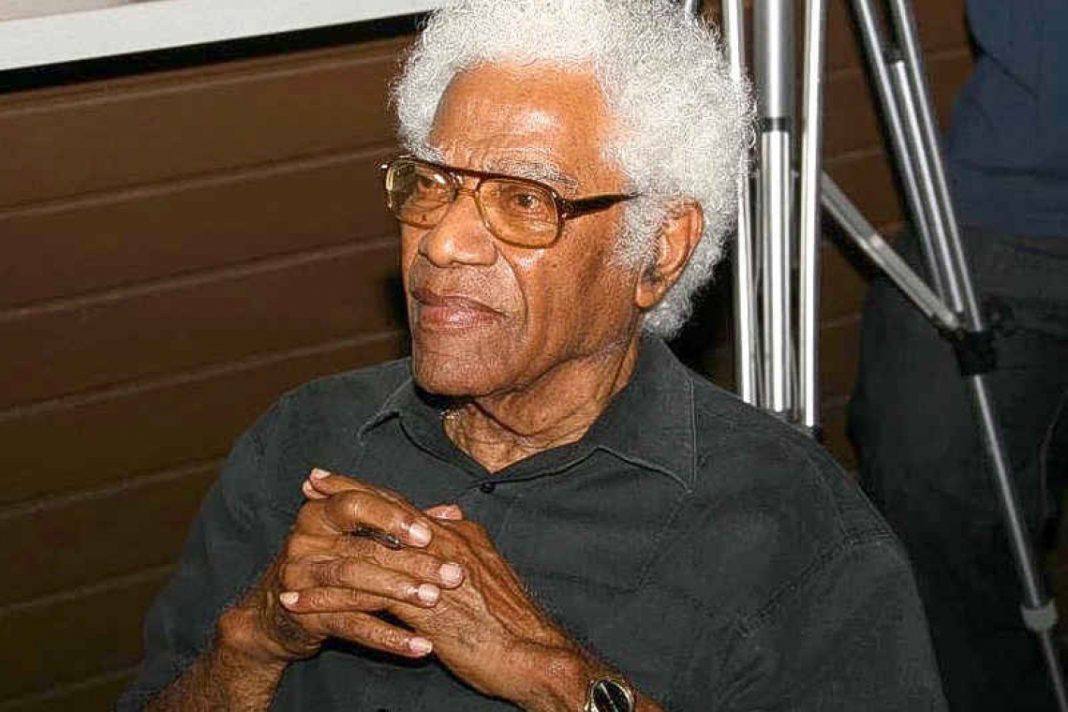 West News Wire: At the age of 94, George Lamming, a giant of post-colonial literature whose novels, essays, and speeches influenced readers and peers in his native Barbados and around the world, died.

Barbados Prime Minister Mia Mottley confirmed his death this month, saying, “Wherever George Lamming went, he epitomized that voice and spirit that screamed Barbados and the Caribbean.” There was no mention of a cause of death.

Lamming was part of a generation of post-World War II writers from the West Indies, including Nobel laureate V.S. Naipaul, Kamau Brathwaite, and John Hearne, who grew up as British rule in their region was challenged and spent at least part of their 20s in England. But unlike Naipaul, who settled in London and at times wrote disdainfully of his origins, Lamming returned home and became a moral, political and intellectual force for a newly independent country seeking to tell its own story.

Lamming had a broad, connective vision he would say was inspired in part by the Trinidadian historian-activist C.L.R. James. His calling was to address the crimes of history, unearth and preserve his native culture and forge a “collective sense” of the future.

In novels such as “In the Castle of My Skin” and “Season of Adventure” and in the nonfiction “The Pleasures of Exile,” Lamming explored the Caribbean’s complicated legacy as a destination for enslaved people abducted and shipped from Africa, as a colonial proving ground for England and as an uneasy neighbor of the United States, practitioners of “the deceptive magic of the dream of milk and honey.”

Lamming received his greatest acclaim for “In the Castle of My Skin,” its title drawn from an early poem by Nobel laureate Derek Walcott. Published in 1953, the novel is a semi-autobiographical narrative based in a Caribbean village uprooted by colonialism and profit taking.

“In the Castle of My Skin” was structured in part as a coming-of-age story about a boy who begins drifting from his peers when he’s admitted into a more exclusive high school. But it’s also a eulogy for villagers left homeless, for trees cut down, land sold off and buildings razed, for the way of life being dismantled.

“The Village, you might say, is the central character,” Lamming wrote in an introduction to a 1983 reissue of the novel. “The Village sings, the Village dances, and since the word is their only rescue, all the resources of a vital oral folk tradition are summoned to bear witness to the essential humanity which rebukes the wretchedness of their predicament.”

Lamming’s novels “The Emigrants” and “Season of Adventure” drew upon his years in England, and his disenchantment with the British culture he had been conditioned to emulate. He lived for more than a decade in London, but would think of it as a cold and alienated place, where no one asked after each other and one could feel entirely alone even when living closely to hundreds of others.

Meanwhile, as Lamming began “Castle of My Skin,” Barbados was breaking from the British. Demands for democratization had been growing since the 1930s and by the time Lamming had departed overseas, the right to vote had been expanded beyond wealthy men to include women and the lower classes. A regional federation in the 1950s gave way to independence for Barbados, Trinidad and other Caribbean countries in the following decades.

“The numerical superiority of the Black mass could forge a political authority of their own making, and provide an alternative direction for the society,” Lamming later wrote. “In the desolate, frozen heart of London, at the age of 23, I tried to reconstruct the world of my childhood and early adolescence. It was also the world of a whole Caribbean reality.”