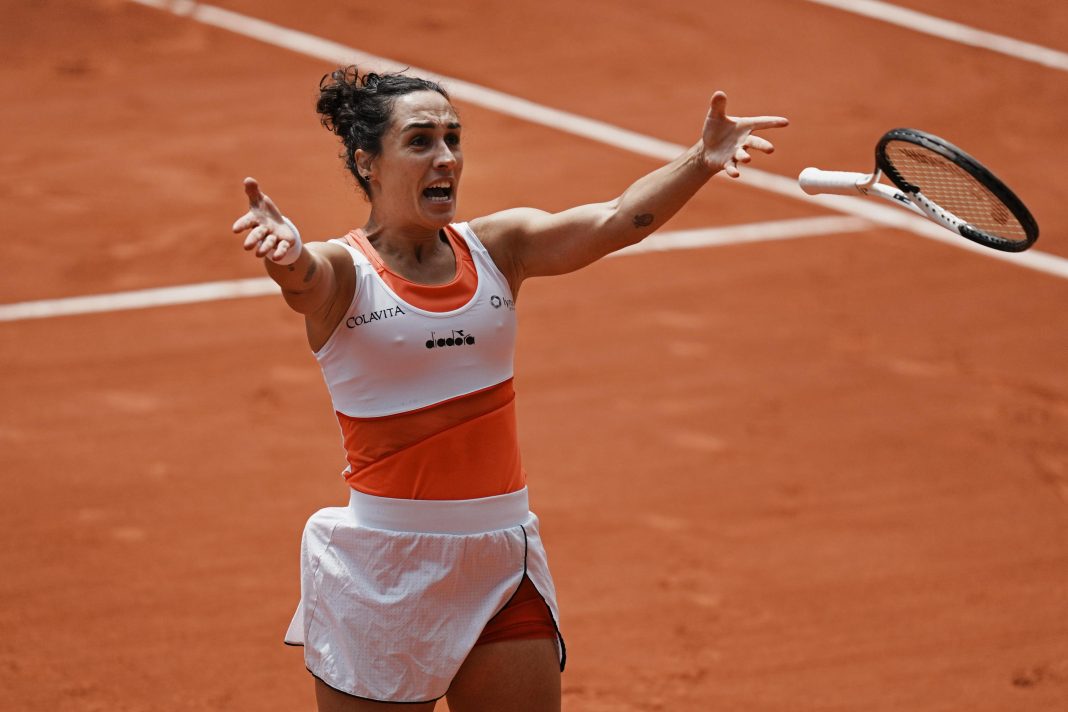 West News Wire: Coco Gauff departed Roland Garros crestfallen a year ago, knowing she had let a large lead slip away in her major quarterfinal debut. She resolved to remember and learn from it.

Gauff, still only 18, returned to that stage for the second time on Tuesday and was not about to let this one end similarly, defeating 2017 U.S. Open champion and 2018 French Open runner-up Sloane Stephens 7-5, 6-2 in an all-American matchup at Court Philippe Chatrier to reach her first Grand Slam semifinal.

“It was really a mental challenge today,” Gauff said of her trip to Paris, which began with her shooting photos near the Eiffel Tower while carrying her just acquired high school graduation. “It was a painful loss for us last year in the quarterfinals,” it was a tough loss for me and I think that match made me stronger and better prepared for the tough moments today.”

Gauff has seemed to be preparing for this sort of moment for quite some time, even before she became the youngest qualifier in Wimbledon history at age 15 and beat Venus Williams en route to the fourth round there in 2019, even before she won the French Open junior title a year prior.

One measure of how she has continued to improve: Her forehand was long considered her weaker groundstroke, but against Stephens, that produced more winners than her backhand did.

“I believe in myself. Even last year, I was too focused on trying to fulfill other people’s expectations,” said Gauff, who hasn’t dropped a set through five matches. “I know no matter how good or bad my career is, I know I’m a good person, so I think that’s a good message for young people. Just know: If you love yourself, who cares what anyone else thinks?”

Her quick rise is quite a contrast from the long road her next opponent, Martina Trevisan of Italy, traveled along the way to her own first Slam semifinal at age 28.

The 59th-ranked Trevisan is emotive as can be, and she screamed while thrusting both arms overhead and letting her racket fly after eliminating U.S. Open finalist Leylah Fernandez, who was seeded 17th, by a 6-2, 6-7 (3), 6-3 score in a match between a pair of left-handers.

Fernandez was treated by a trainer for a problem with her right foot after the match’s fifth game and her movement was hampered throughout. About three hours following the match, reporters were told that Fernandez would not speak to the media “on advice of the tournament medical team due to” the injury.

Trevisan eventually finished things off nearly an hour after holding her first match point while serving for the victory at 5-4 in the second set. She double-faulted twice in the ensuing tiebreaker.

“I felt a lot of tension,” Trevisan said later, “and I was so nervous my arms felt it.”

So after that lapse, Trevisan took a trip to the locker room.

“I was very tired and I had to go to the bathroom. I got just a quick moment alone in a room, away from the court, away from any people, in silence. It gave me a chance to regroup. I threw some water on my face,” she said. “I was playing to get to a semifinal, and I still had a set in front of me, so I had to start from scratch.”

Trevisan grabbed the initial seven points of the third set and took a 4-0 lead in what would become her 10th consecutive victory on the heels of earning her first WTA title at Rabat, Morocco, the week before the French Open.

In 2020, Trevisan beat Gauff in the second round at Roland Garros on the way to reaching the quarterfinals as a qualifier who was ranked 159th and making only her second main-draw Grand Slam appearance.

About two months beforehand, Trevisan wrote a blog post that discussed in detail her experience with anorexia as a teenager. At 16, Trevisan was a promising prospect whose mother taught tennis and named her after Martina Navratilova and whose brother played professionally (her father was a pro soccer player).

Beset by pressure, Trevisan quit her sport and took a 4 1/2-year break, before returning in 2014.

“I’m happy on the court. I’m doing what I love,” she said Tuesday. “So my past is the past, and it helps me to be in the present, to be what I am right now.”