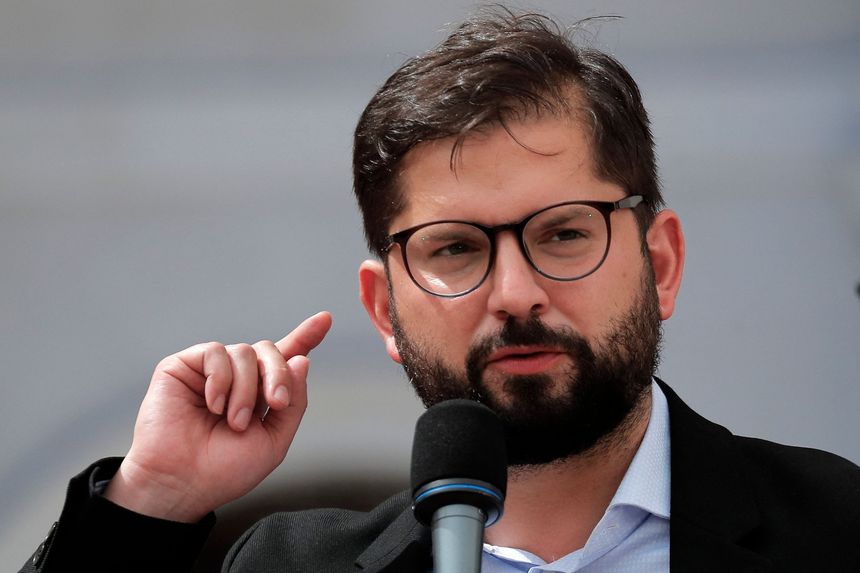 West News Wire: Chile has sworn in Gabriel Boric, the country’s youngest-ever president, a former student leader who will lead the country through a critical political and social transformation.

Boric took the presidential sash from outgoing billionaire President Sebastian Pinera at the Congress building in Valparaiso on Friday. “I declare my vow before the Chilean people,” he stated.

Boric, 36, is leading a country seeking change in the wake of massive 2019 protests against deep-seated inequalities in income, healthcare, education, and pensions, which he supports.

His administration will preside over a referendum on a new Chilean constitution, which is currently being rewritten by an elected constituent assembly to replace the Magna Carta enacted by Augusto Pinochet’s dictatorship.

“[Boric] is now heading a feminist, environmentalist government that’s going to try to bring about historic social change, led by a cabinet that is mostly full of young people who don’t have much experience in government, but that certainly have big plans for this country,” Newman said.

Pinochet removed socialist President Salvador Allende, who died by suicide in 1973 during a military coup and whose legacy Boric has often praised.

“He reminds me of Allende, but I hope it has a happier ending,” Marigen Vargas, 62, who travelled all night to be at Boric’s inauguration, told the Reuters news agency. “We want a more united, happier Chile.”

Boric faces a raft of challenges from an economic slowdown, high inflation and a split legislature that will test his deal-making abilities to push through reforms in healthcare and pensions, while toughening environmental regulation.

Carlos Ruiz, an academic at the University of Chile who taught Boric, said the new president would have to deal with a rising ultra-conservative bloc that did well in elections last year and find consensus to push through his reforms. “These are now the tasks lying ahead of Boric,” he added.

That was echoed by political analyst Claudia Heiss of the University of Chile. “This is a government that comes to power in a very fragmented political climate, which does not have a parliamentary majority and therefore cannot make very radical reforms in the short term,” Heiss told AFP.

But environmentalists and Indigenous community advocates have welcomed Boric’s presidency as an opportunity to advance greater protection of those rights.

A part of the Senate on Friday was filled with representatives of Chile’s various Indigenous communities in traditional attire.

More than 20 international guests were confirmed to attend the investiture ceremony, including Alberto Fernandez and Pedro Castillo the presidents of neighbouring Argentina and Peru King Felipe VI of Spain, and famed Chilean author Isabel Allende.

Boric’s female-majority cabinet also was sworn in on Friday, with delegations from the United States, Spain, Argentina, Peru and others in attendance.

“This is an era full of hope for the defence of society, young people, a green future and equality,” tweeted Yolanda Diaz, Spain’s second deputy prime minister who flew to Chile, referring to Boric’s environmental and feminist agenda.