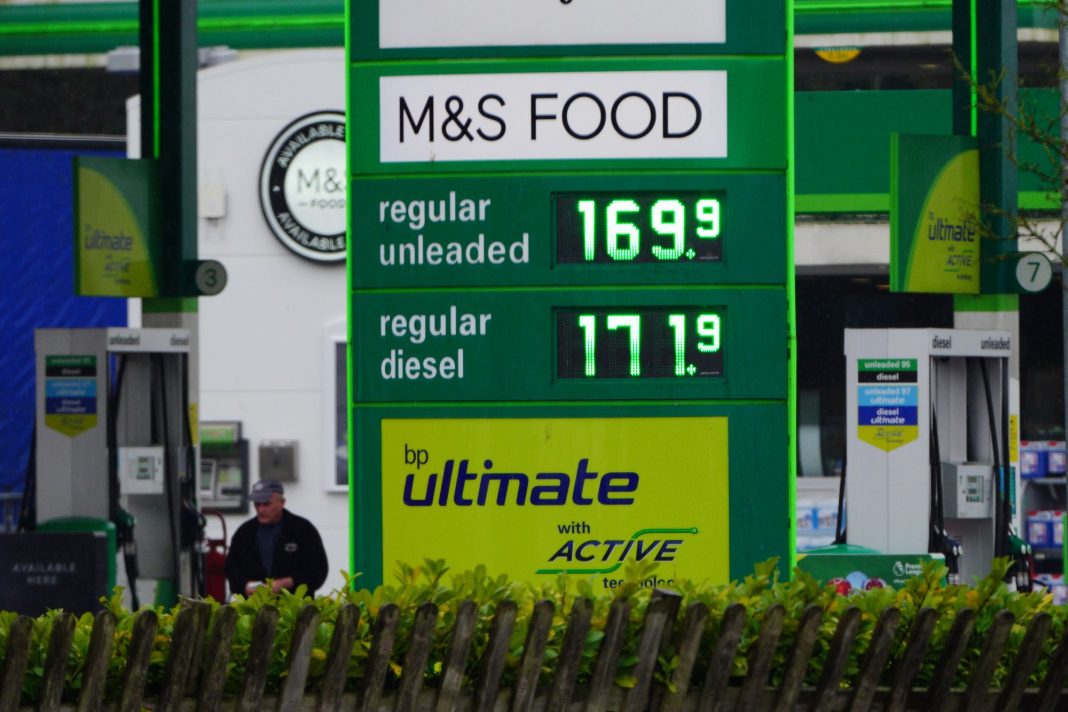 West News Wire: Fuel prices in the United Kingdom have reached an all-time high, as the British government prepares to phase out Russian oil supplies this year.

The cost of fuel has climbed by more than 25% since 2020, according to the Licensed Taxi Drivers Association (LTDA) in the United Kingdom.

The RAC has warned that drivers will be seeing “unbelievably high prices on forecourts” in the coming days.

Oil prices have surged in the UK since the start of Russia’s military offensive against Ukraine, leading to higher wholesale costs for fuel retailers and increased prices for Britons.

RAC fuel spokesman Simon Williams said drivers would be “wondering whether these record rises are ever going to stop.” He said the RAC was calling on Chancellor Rishi Sunak to cut down VAT on gas and diesel in order to reduce the burden on people.

“At the moment, just the VAT, which is of course called a tax on a tax, is bringing 26 pence per liter so, bringing that back to 15 percent would instantly cut it by about six pence per liter,” Williams said.

The hefty price hikes have prompted tens of thousands of Britons to sign a petition on the UK Government and Parliament website, calling for fuel duty and VAT on fuel to be reduced by 40 percent for two years.

The surge in fuel costs comes as the government is set to suspend oil imports from Russia by the end of the year, Business Secretary Kwasi Kwarteng confirmed on Wednesday.

Meanwhile, in an attempt to tame the dramatic surge in prices and also in inflation, the Bank of England (BoE) is set to lift interest rates to 0.75 percent on March 17.

The BoE increased the interest rates to 0.25 percent in December last year and then to 0.5 percent in February this year.

Last month, the BoE forecast consumer price inflation would peak at about 7.25 percent in April, but now economists think inflation in the UK might exceed the 8-percent mark later this year, the highest since the early 1980s.