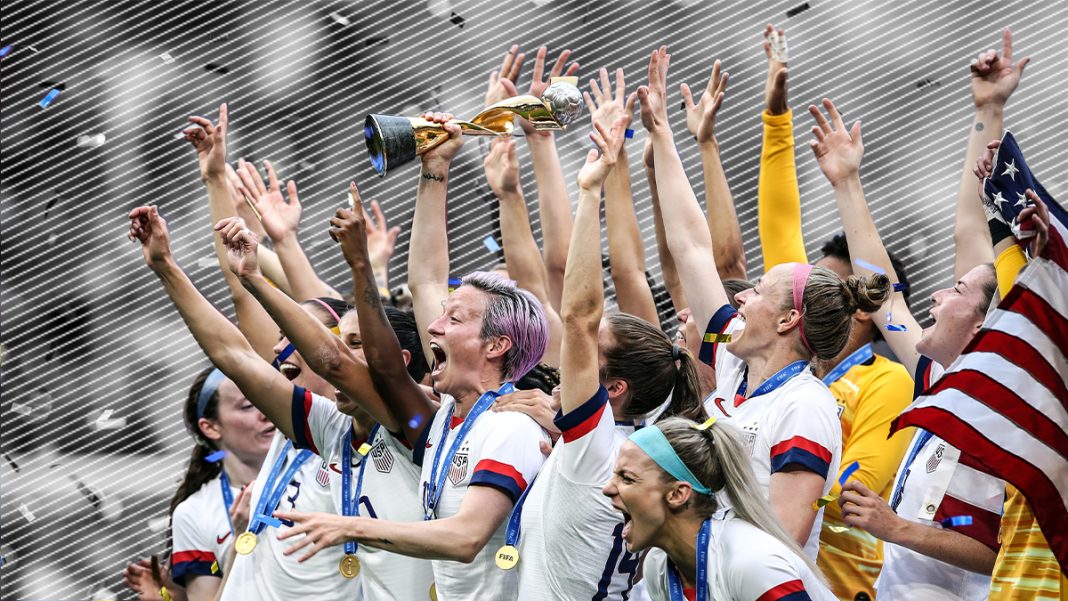 West News Wire: The U.S. women’s soccer team fought for years to be paid the same as the men, and the House recently passed a law that guarantees equal pay for American women competing in international competitions.

The late Wednesday-passed Equal Pay for Team USA Act will mandate that all athletes who represent the United States in international competition receive equal pay and benefits in their sport, irrespective of gender. It covers the more than 50 national sports of the United States and is supervised by the U.S. Olympic and Paralympic Committee.

The Senate had earlier unanimously approved the bill. It is currently on Joe Biden’s desk, the vice president.

In a speech Wednesday night on the Senate floor, Sen. Maria Cantwell (D-Wash.), who co-sponsored the bill with Sen. Shelley Moore Capito (R-W.Va.), called the bill a fitting way to cap off 2022, which marked the 50th anniversary of Title IX, the landmark law that promoted gender equity in sports.

“I want to thank heroes like Megan Rapinoe and Alex Morgan, who brought that case against U.S. Soccer,” Cantwell said of the American soccer stars, whose World Cup victory in 2019 provided the backdrop for the start of the effort. “U.S. women’s soccer led the charge after winning the World Cup and making it clear to everyone that women athletes deserve equal pay.”

The bill stems from a federal gender discrimination lawsuit the U.S. women filed against U.S. Soccer in 2019. Earlier this year, the women signed a new collective bargaining agreement that included identical pay structures for men and women and equitable distribution of World Cup prize money.

Over the past decade, most Olympic sports in the U.S. have met USOPC standards regarding equal compensation. But there remained inequities between the men’s and women’s soccer teams whose roles in international events, such as the World Cup, resulted in unequal pay structures and different oversight that led legislators to seek to enshrine those standards into law.

“By sending this legislation to the president, both houses have sent a clear message that this is the standard for all national teams in all sports and it underscores the importance of working with our athletes to achieve equal pay including equalizing international prize money,” U.S. Soccer President Cindy Parlow Cone said in a statement announcing the bill’s passage.