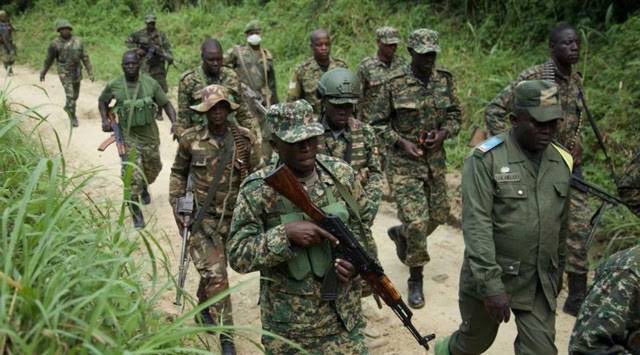 West News Wire: According to a witness and a local human rights organization, suspected rebels are suspected of killing at least 14 civilians and kidnapping more than a dozen others in an attack in the eastern Democratic Republic of the Congo.

The attack, which occurred in Ituri province on Tuesday night, was confirmed by an army spokesman on Wednesday. The attack was attributed to the Allied Democratic Forces (ADF), a Ugandan militia that has been operating in eastern DRC since the 1990s and has sworn allegiance to the ISIL (ISIS) organization.

According to spokesman Antony Mwalushayi, the army captured a five-year-old girl who had been kidnapped and killed five fighters. He did not specify how many innocent bystanders perished.

Gilbert Sivamwenda, the president of the local human rights group for the chiefdom of Babila Babombi, said there were 16 dead in Biakato including 14 civilians and two ADF fighters.

About 15 farmers were also missing and several other people who cannot be found and are not responding to calls, Sivamwenda said.

“The nature of the attack was terrifying. They looted my shop before taking five members of my family into the bush,” said Biakato resident Augustin Kyala Malembe, who also counted 16 dead and said dozens of people were kidnapped.

“The army intervened but the damage was done.”

The ADF stages frequent deadly raids on villages in eastern Congo despite joint operations by the Congolese and Ugandan armies to stamp it out.

The group killed about 40 civilians in five villages in a string of attacks between Thursday and Monday.