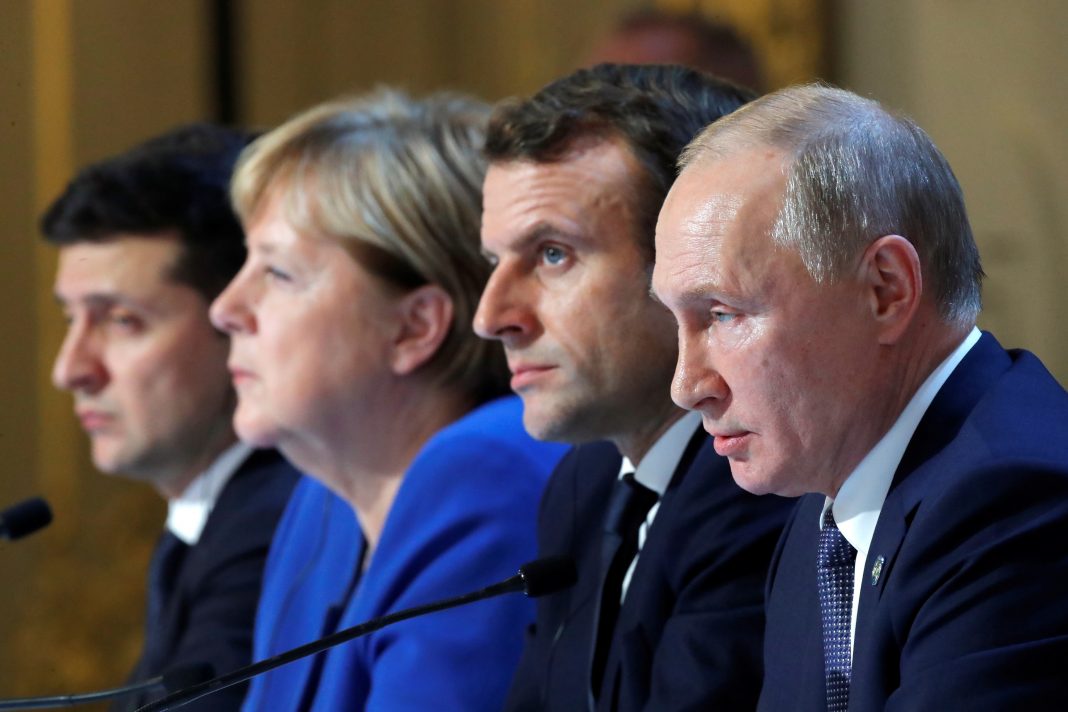 West News Wire: On Monday, French President Emmanuel Macron will meet with Russian President Vladimir Putin in Moscow in an attempt to prevent a feared Russian invasion of Ukraine.

The French president has stated that his goal for the discussions, which are set to begin at 14:00 GMT, is “conversation with Russia and de-escalation.”

Macron’s visit to Kyiv on Tuesday for meetings with Ukrainian President Volodymyr Zelenskyy is the most high-profile effort yet by a Western leader to ease tensions.

The presence of an estimated 100,000 Russian soldiers and military equipment near the Ukrainian border has heightened Western fears that Moscow is contemplating an invasion. Russia denies that it is planning an invasion and accuses the NATO military alliance, which is led by the United States, of jeopardising regional stability.

It wants NATO to bar Ukraine and other ex-Soviet nations from membership and roll back forces from Eastern Europe. Washington and NATO have rejected Russia’s demands as non-starters.

Ukraine’s foreign minister says he will raise the issue of Berlin’s refusal to provide Kyiv with military hardware with his German counterpart Annalena Baerbock when the pair hold talks in the Ukrainian capital later.

“Germany has repeatedly and publicly explained this decision. We consider these explanations regarding Ukraine to be unfair. We believe that there is a wider space for Germany to act,” Dmytro Kuleba told a briefing. “We must respect the position of the state, but this does not mean that we should not work with it.”

A Normandy format discussion – involving France, Germany, Ukraine and Russia – at the adviser level could also happen this week, the spokesperson added.

Scholz is set to meet US President Joe Biden at the White House later.