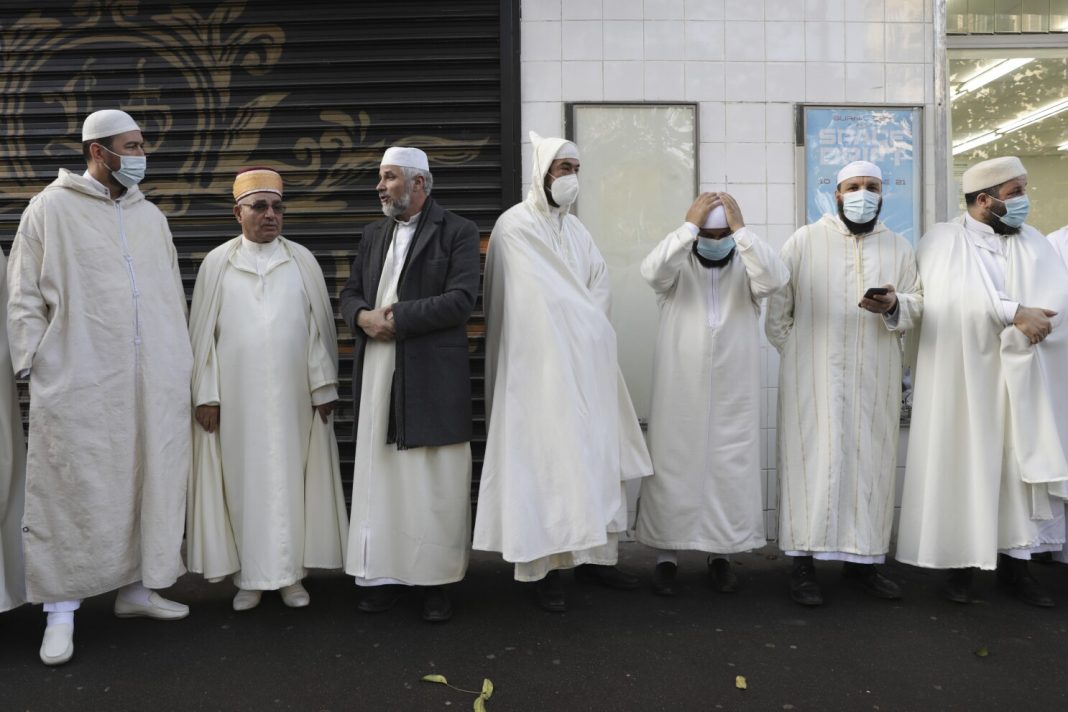 West News Wire: President Emmanuel Macron’s measures to rid France of extremism include the establishment of a new commission to redefine Islam in the country.

The leadership of the Forum of Islam in France will be made up of clergy and lay people to help oversee Western Europe’s largest Muslim population. The government will hand-pick all of its members, with women accounting for at least a quarter of the total.

Supporters argue that it will keep the country and its 5 million Muslims secure, and that Muslim activities in France will adhere to the country’s cherished tradition of public secularism.

Yet critics, including many Muslims who consider the religion a part of their French identity, say the government’s latest initiative is another step in institutionalized discrimination that holds the whole community responsible for violent attacks of a few and serves as another barrier in their public lives.

It replaces the French Council of Muslim Faith, a group set up in 2003 by former President Nicolas Sarkozy, then interior minister. The Council served as an interlocutor between the government and religious leaders.

“We must turn the page,” Interior Minister Gerald Darmanin said at the forum’s inaugural meeting Saturday at The Economic, Social and Environmental Council in Paris. “We are restarting relations between the state and the faith  (based on) a new form of dialogue that will be more open, more inclusive and more representative of Islam’s diversity in France.”

Islam is the second religion in France, with no single leader and multiple strains represented, from moderate to Salafist with a rigorous interpretation of the religion to outright radical upstarts.

Macron’s project includes measures like training imams in France instead of bringing them in from Turkey, Morocco or Algeria, a plan many in the Muslim community approve of. It also breaks the centralized leadership of clerics.

“A single representative of the Muslim faith, who is a master of all trades, no longer exists,” Darmanin said. Women and men “who draw their legitimacy from their work and expertise in a field” will engage in the dialogue with the state, he explained.

Muslims are divided over the project. Some believers visiting the Grand Mosque of Paris for Friday prayers cautiously welcomed the idea, while others worry it’s going too far in trying to control their faith, or say that the government has singled out Islamic institutions but would not dare suggest such changes to Christian ones.

Hamoud ben Bouzid, a 51-year-old Parisian, was optimistic about Macron’s plan and his effort to include different voices from the Muslim community to show to the wider society its diversity. Members of the clergy “don’t speak for every Muslim citizen” of France, he said.

“We live in a secular country, so why not expand the forum and give voice to many more Muslims in France?” ben Bouzid said. “I would like Muslims to be heard as citizens in this country, not as Muslims. As full citizens.”

Muslims in France have long complained of discrimination in daily life, from being singled out by police for ID checks to discrimination in job searches. Whenever extremist violence hits, by foreign-born attackers or by French-born youth, France’s own Muslims come under suspicion and pressure to denounce violence.

Last year the French parliament approved a law to strengthen oversight of mosques, schools and sports clubs. The government says it was needed to safeguard France from radical Islamists and to promote respect for secularism and women’s rights. The law has been used to shut down multiple mosques and community groups.