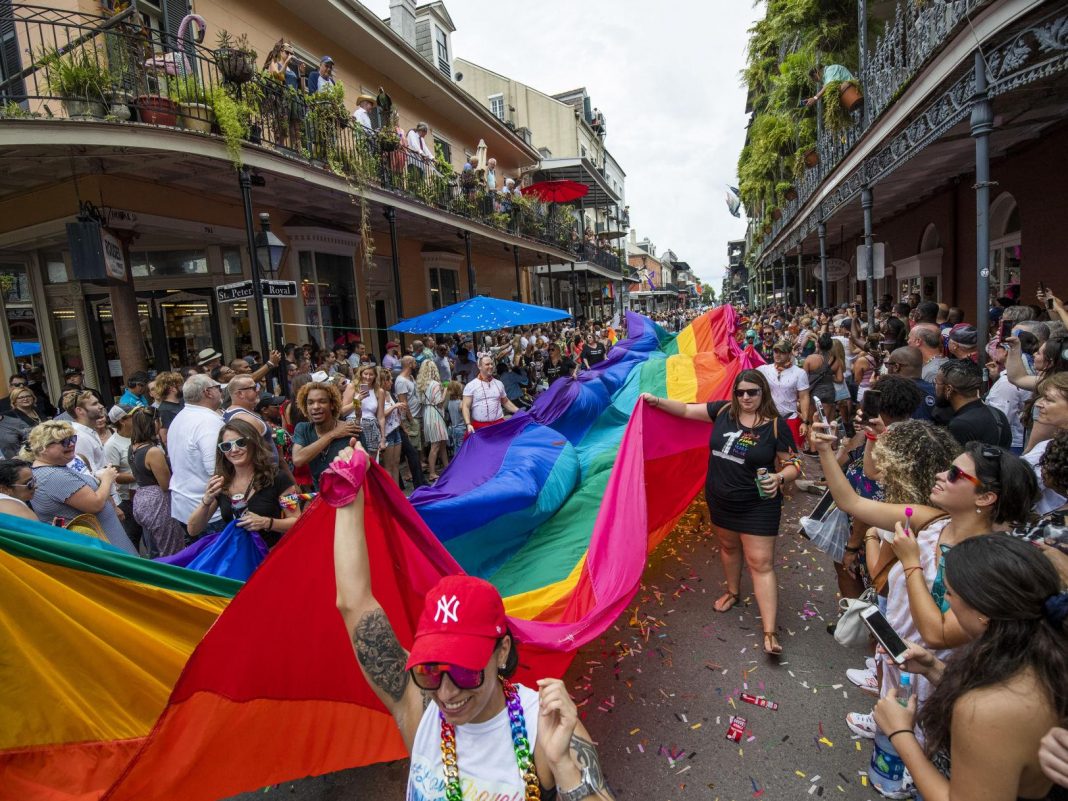 West News Wire: Due to concerns about monkeypox, the Bourbon Street Extravaganza, a free concert held in New Orleans during Southern Decadence, one of the biggest LGBTQ events in the country, has been postponed, organizers announced Wednesday.

For the first time since the coronavirus pandemic shut down Decadence in 2020, the concert was slated to resume on September 3. It typically draws up to 20,000 people to the Napoleon’s Itch bar at the intersection of Bourbon and St. Ann streets in New Orleans’ French Quarter.

According to news sources, the concert was canceled due to the monkeypox virus’s rapid spread. The concert’s producer, Chuck Robinson. Long-term skin-to-skin contact is how the virus, which appears to affect gay and bisexual men disproportionately, is spread.

“I regret that we can’t do the show, but monkeypox just came out of the blue, and quickly,” Robinson told The Associated Press in a telephone interview. “My concerns have to be the safety of the artists and the production team.”

He added there were plans to bring in stars from Australia and England and yet the virus has “stats that frighten me.”

“It’s spread by touch and closeness, not by droplets like COVID and I did not feel, in all good conscious, that I could be responsible for an event that could become a mass spreader,” he said.

The Washington Post first reported on the Bourbon Street Extravaganza’s cancelation as part of a story about the growing threat of monkeypox. There have been concerns about the lack of availability of the monkeypox vaccine in Louisiana, which has 120 confirmed cases, state health officials said.

Earlier this month, the Louisiana Department of Health said it was in contact with Southern Decadence organizers to get people vaccinated before the event scheduled to run Sept. 1-5 over the extended Labor Day holiday weekend.

Since 1972, Southern Decadence has grown from an informal gathering to an annual blowout that draws thousands of revelers to New Orleans over the long holiday weekend. In 2019, an estimated 225,000 people attended various events and the wide-ranging street party. An even larger crowd was expected this year.

The Bourbon Street Extravaganza has been part of Southern Decadence since 2004, the year Robinson and co-founder Ron Julian opened Napoleon’s Itch at 734 Bourbon. Robinson and Julian launched the concert on an outdoor stage in part as a way to promote their new bar, The Times-Picayune/The New Orleans Advocate reported. Over the years, Jeanie Tracy became a frequent, and favorite, performer at the concert.

“It has grown into the largest event of Southern Decadence,” Robinson said. “It’s our gift to the city.”

Robinson said the concert will return in 2023.

“I pray for everyone’s safety, but this is what I had to do,” he said of the decision to cancel.

Other Southern Decadence events and promotions are still on as scheduled.