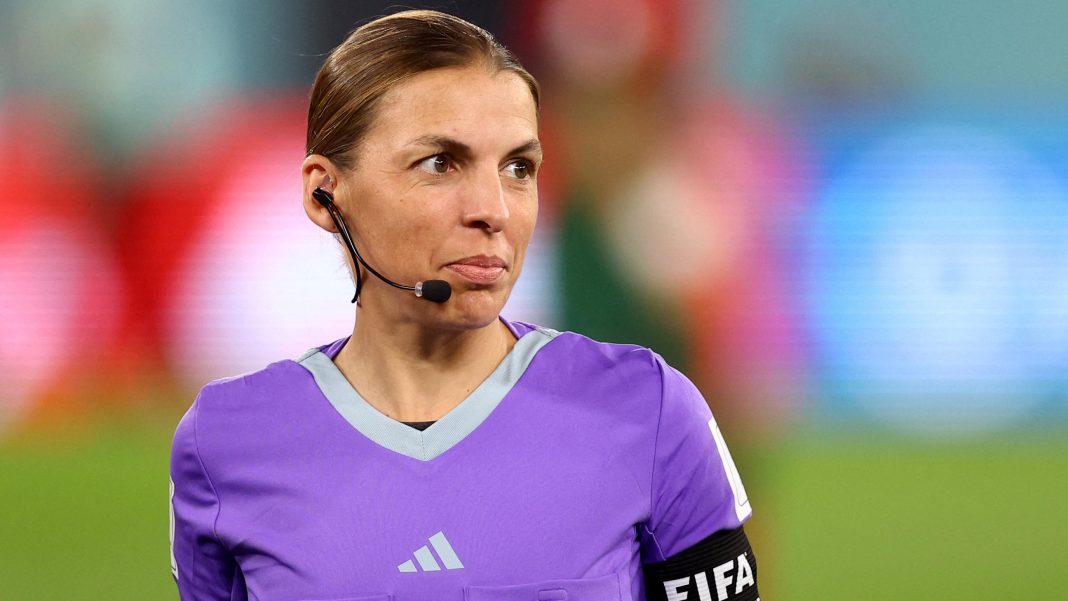 West News Wire: On Thursday, Stephanie Frappart completed a journey that began almost 30 years earlier in the suburbs of Paris by becoming the first woman to referee a men’s World Cup match on the field of Al Bayt Stadium.

The Frenchwoman, 38, who was in charge of the action in the final Group E match between Germany and Costa Rica played football in Herblay-sur-Seine between the ages of 10 and 13 before deciding to pursue a career as a referee.

Philippe Calve, the former president of FC Herblay-sur-Seine, told Reuters news agency on Thursday, “I saw Steph run around the stadium, 12km [7.5 miles], two or three times a week to be at the level she is at currently on the pitch.”

“If you want to referee men’s matches, you’d better be at your best on a physical level. And she has done what she needs to be physically on the top.”

“I think I’ll have everything that’s around me in mind, and the aim will still be the same, that is the referee according to the performance on the pitch,” Frappart said back in June, after being named as one of the referees for the World Cup in Qatar.

“So, I’m really going to head into this with enormous emotion, but you have to channel that because, clearly, the important thing is the pitch.”

Frappart has made regular donations to her former club and visits on a regular basis.

“She stayed humble. She can chat with anyone without giving it too much thought, from the person she meets in a bar, to someone on the street or just a kid,” Calve said. “She hasn’t changed. Everyone who knows her knows that.”

Frappart is the pride of the town and an inspiration.

“To me, it’s a source of pride [that a woman referees at the men’s World Cup for the first time] and it’s a step forward for our rights, in allowing [women] to occupy more positions that are given in priority to men,” Dominique Edeyer, café owner in Herblay, told Reuters news agency.