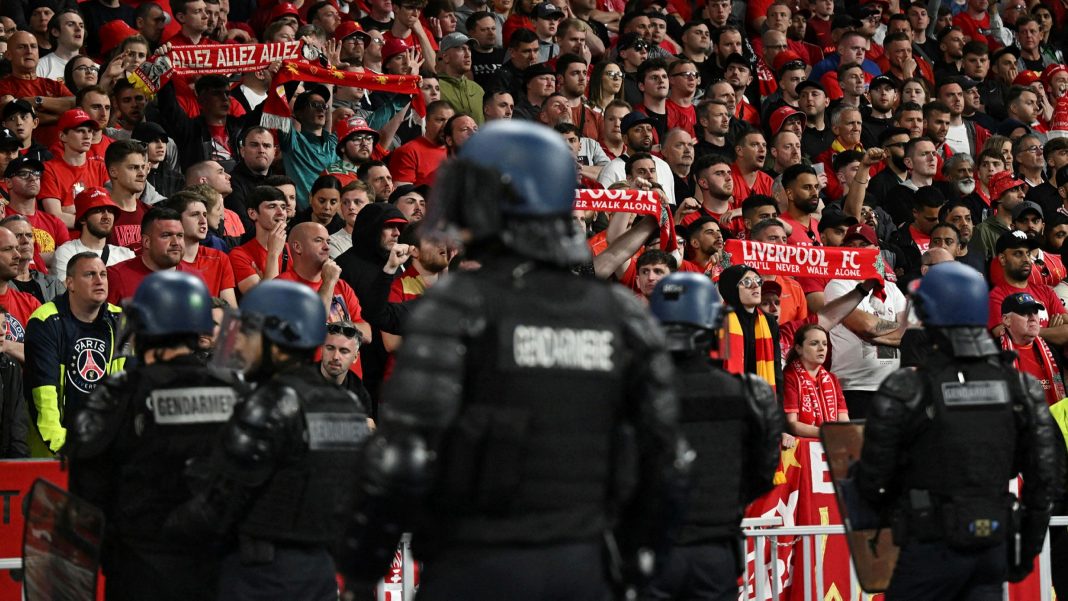 West News Wire: Following the mayhem that marred the Champions League final between Liverpool and Real Madrid, France’s sports ministry has called an emergency meeting of security and football experts.

Speaking before the meeting on Monday, Sports Minister Amelie Oudea-Castera blamed Liverpool for the chaos on Saturday. He also admitted that there would be lessons to be learned as Paris prepares for the 2024 Olympics.

The French government has come under fire from the British press and lawmakers for how the police handled the match, which saw thousands of Liverpool fans with tickets unable to enter.

On Monday, the leading French daily Le Monde reiterated the British accusations, claiming the French authorities were “in denial” about the flaws that had turned Saturday’s celebration into a disaster.

The scenes tarnished the image of the French capital, raising questions about its ability to host major sporting events as it gears up for the 2024 sporting showpiece, as well as the 2023 Rugby World Cup.

Interior Minister Gerald Darmanin and Paris police chief Didier Lallement were also in attendance, along with the sports minister.

Lallement has called for a formal investigation into the production of fake tickets, which he said had helped cause the problems.

The chaos inevitably brought back painful memories for Liverpool, a club haunted by the 1989 Hillsborough disaster which cost the lives of 97 people in a stadium crush.

Labour MP for Liverpool area Ian Byrne, who was present in Paris, told Sky News broadcaster that the fans had been treated “like animals”.

Liverpool said it was “hugely disappointed” that its supporters had been subjected to an “unacceptable” breakdown of the security perimeter and requested a formal investigation.

“Delayed match, violence, intrusions, tear gas saturday evening turned into a fiasco. A failure that contrary to all evidence the French authorities blame only on the British supporters,” Le Monde newspaper wrote.

The French interior ministry said 105 people had been detained, of whom 39 were placed under arrest and remanded in custody, meaning they could face charges.

In another instance of football trouble in France, angry Saint-Etienne fans invaded the pitch after they were relegated from Ligue 1 on Sunday in their playoff against Auxerre, with French police using tear gas.