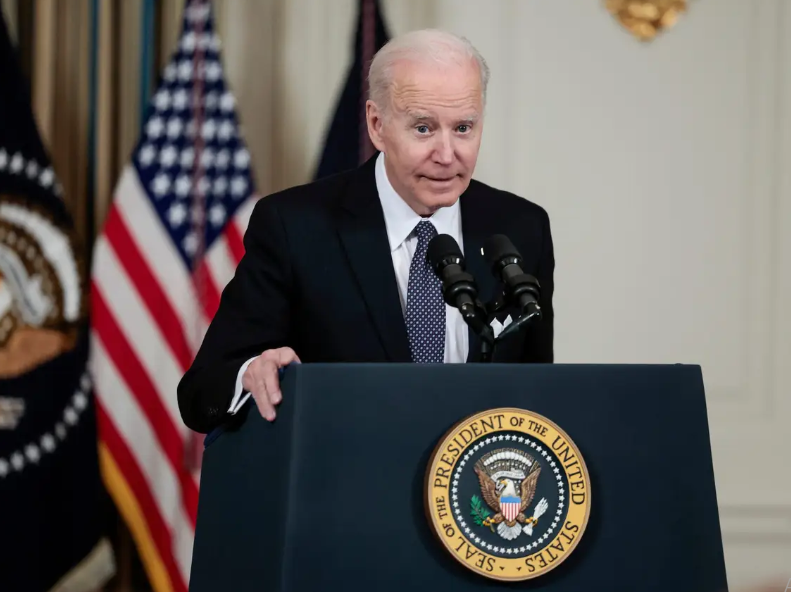 West News Wire: According to a former American congresswoman, President Joe Biden is attempting to “regime change in Russia” and fuel the military-industrial complex by utilizing the crisis in Ukraine.

Tulsi Gabbard, a former US congresswoman from Hawaii, insisted in televised remarks on Friday on Fox News that the substantial military aid sent to Ukraine to battle Russian soldiers was “about regime change in Russia and leveraging this war to bolster NATO and feed the military-industrial complex.”

The people of Ukraine or preserving democracy are not at issue, according to 2020 presidential hopeful Tulsi Gabbard, a veteran of the US Army. Joe Biden believes that it’s even about establishing a new global order. He claims that we must take the initiative and is now making efforts to do so. We’ve got to lead it, he says, and he’s trying to do just that, even if it means bringing us to the brink of nuclear catastrophe.”

With the US concurrently pumping tens of billions of dollars worth of weapons into Ukraine, Gabbard further argued that the conflict there has “never been about morality.”

The president also told reporters back in March that “there’s going to be a new world order out there, and we’ve got to lead it,” a claim later echoed by his advisor, Brian Deese, who described high energy costs as the price of forging “the future of the liberal world order.”

The development came as a senior Russian foreign ministry official warned that its diplomatic ties with Washington could be broken off should the US seize its assets or brand Russia a “state sponsor of terrorism.”

“We warn the Americans of the detrimental consequences of such actions that will permanently damage bilateral relations, which is neither in their nor in our interests,” said Alexander Darchiev as quoted by Russia’s official TASS news agency on Saturday.

Filling in for Fox News host Tucker Carlson on Friday, the former Congresswoman further issued a scathing condemnation of the Biden administration’s anti-Russia sanctions, insisting that they have only hurt the US and Europe while Russia rakes in record energy profits.

Gabbard also emphasized that “Europe is in a major energy crisis right now,” noting high electricity costs in France, reductions in public lighting and impending heating shortages in Germany, and restrictions on household and commercial energy use in Britain and Spain.

She continued, “Why is all this happening? Joe Biden’s sanctions, which are nothing short of a modern-day siege. Joe Biden caused the supply issue, which Russia is now taking advantage of.

As a result of the commencement of Russia’s special military operation in Ukraine in February, the US and its European allies have repeatedly placed economic sanctions on Moscow in an effort to protect their borders from US and NATO threats and Ukraine’s aspirations to join the US-led military alliance.