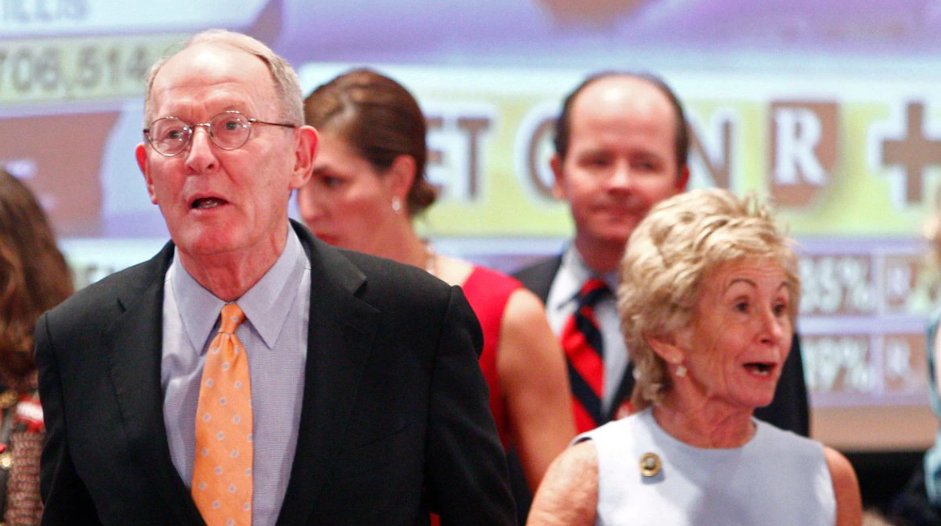 West News Wire: Mrs. Leslee Kathryn Buhler Alexander, wife of former governor of Tennessee and US Sen. Lamar Alexander, a lifelong supporter of family and kids’ health, passed away on Sunday at the age of 77, her family announced.

Alexander, also known as “Honey,” passed away on Saturday at her home outside the Tennessee city of Maryville while surrounded by her family, according to a statement from her family.

She campaigned for Lamar Alexander throughout his political career and was married to him for 53 years. Lamar Alexander was a Republican who served as Tennessee’s governor from 1979 to 1987. He also ran for president, served three terms in office, and was secretary of education under President George H.W. Bush. before taking a retirement in 2020.

While her husband was governor, Alexander led the statewide Healthy Children Initiative, which sought to provide prenatal health care for children. She was a member of the 1985-1986 Southern Regional Task Force on Infant Mortality, the governor’s task forces on day care and youth alcohol and drug abuse, and the US. Health Secretary’s Council on Health Promotion and Disease Prevention, her family’s statement said.

She also co-founded Leadership Nashville in 1976 and served on many boards, including the Junior League of Nashville and the Hermitage. She also had been vice-chairman of the Corporation for Public Broadcasting and a board member of Family Service America and the National Archives Foundation, the statement said.

The Honey Alexander Center, located at the Nashville nonprofit Family and Children’s Service, opened in 2019.

“Our dear ‘Honey’ was funny, loving, always caring, unselfish and courageous,” her family said in the statement. “We are so fortunate to have spent our lives with her. We will miss her every day.”

In a statement, US Sen. Mitch McConnell, a Kentucky Republican, said Honey Alexander “modeled grace, charity, and public service.” Republican Tennessee Gov. Bill Lee said on Twitter that she “devoted her life to serving others & made a profound impact through her work to support children & families.”

Honey Alexander will be remembered at a private graveside service for family members and at a memorial service to be held later at Christ Church Cathedral in Nashville, the family said.