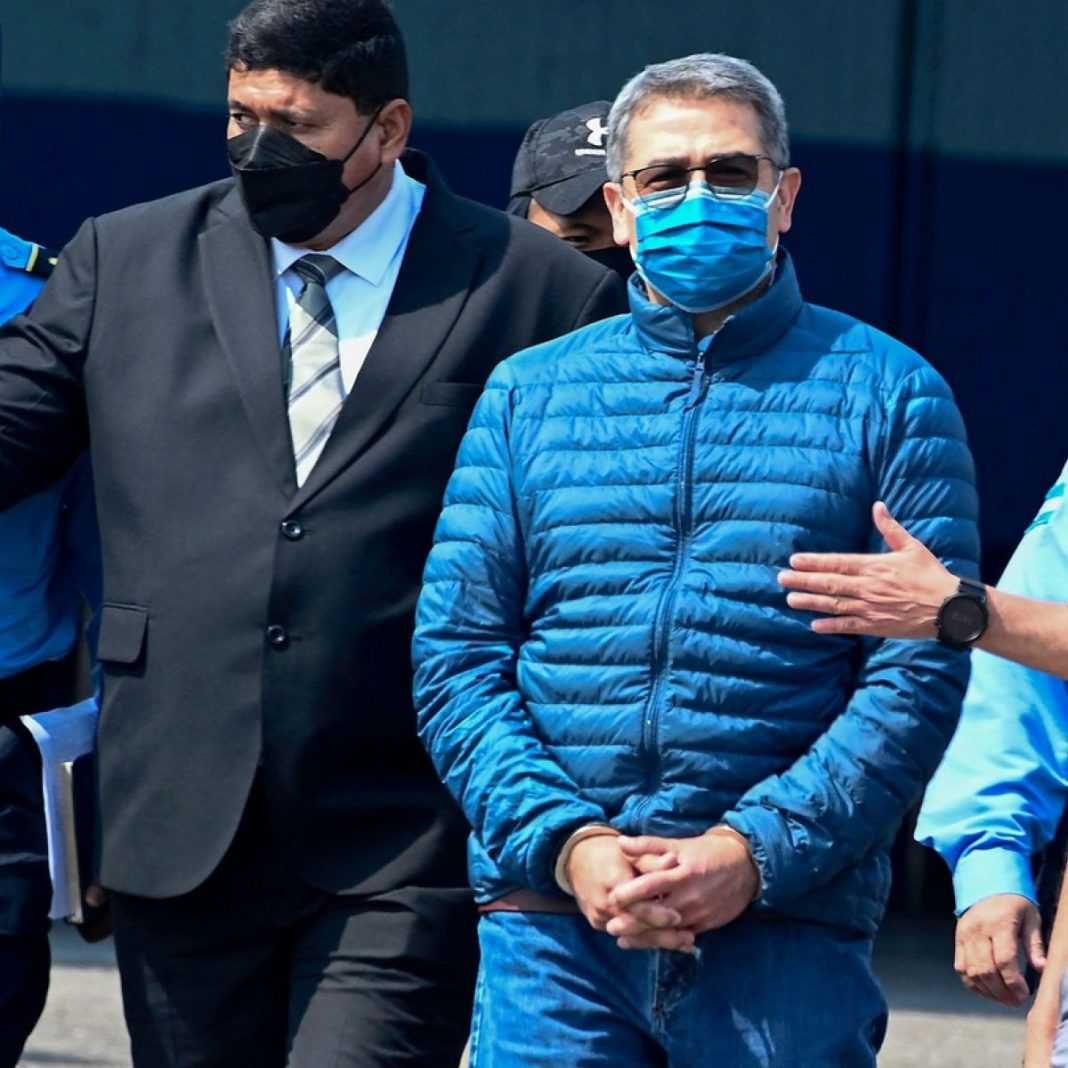 West News Wire: After being extradited to the United States on drug trafficking and weapons charges, former Honduran President Juan Orlando Hernandez made his first appearance in a US courtroom.

Hernandez, 53, appeared in federal court in New York via video link on Friday. According to the AFP news agency, he was not compelled to make a plea, and his lawyers did not request bail for him but said they will do so later.

Hernandez will be formally asked whether he pleads guilty or not at an arraignment hearing on May 10 in the United States.

Hernandez was extradited from Tegucigalpa, Honduras, on a US Drug Enforcement Administration (DEA) plane destined for the United States on Thursday afternoon.

That same day, US federal authorities unsealed an indictment against the former president, accusing him of participating in a “corrupt and violent drug-trafficking conspiracy to facilitate the importation of hundreds of thousands of kilograms of cocaine into the United States”.

He is accused of having facilitated the smuggling of some 500 tonnes of cocaine mainly from Colombia and Venezuela to the US via Honduras since 2004, starting long before his presidency.

In turn, he received “millions of dollars in bribes from multiple narcotrafficking organizations in Honduras. Mexico and other places”, US prosecutors allege, including approximately $1m from Mexican drug kingpin Joaquin “El Chapo” Guzman.

But the ex-president, who served two terms between 2014 and January 2022, has maintained that he is innocent. He lost his immunity from prosecution when he handed power over to Honduras’s first female president, Xiomara Castro, in January.

A ruling by the Honduran Supreme Court in late March cleared the way for Hernandez to be extradited to face charges in a New York court.

The US Justice Department said in a statement on Thursday that Hernandez once viewed as a key US ally in the war on drugs “was allegedly paid millions of dollars in cocaine proceeds which he used to enrich himself, finance his political campaigns, and commit voter fraud while the people of Honduras endured conditions of poverty and rampant violence”.

The US indictment charged Hernandez with three counts of drug and weapons offences that could land him decades in prison if convicted.

Damian Williams, the US attorney for the Southern District of New York, said during a news conference on Thursday evening that Hernandez was involved in “rampant corruption and massive cocaine trafficking” that spurred violence in Honduras.