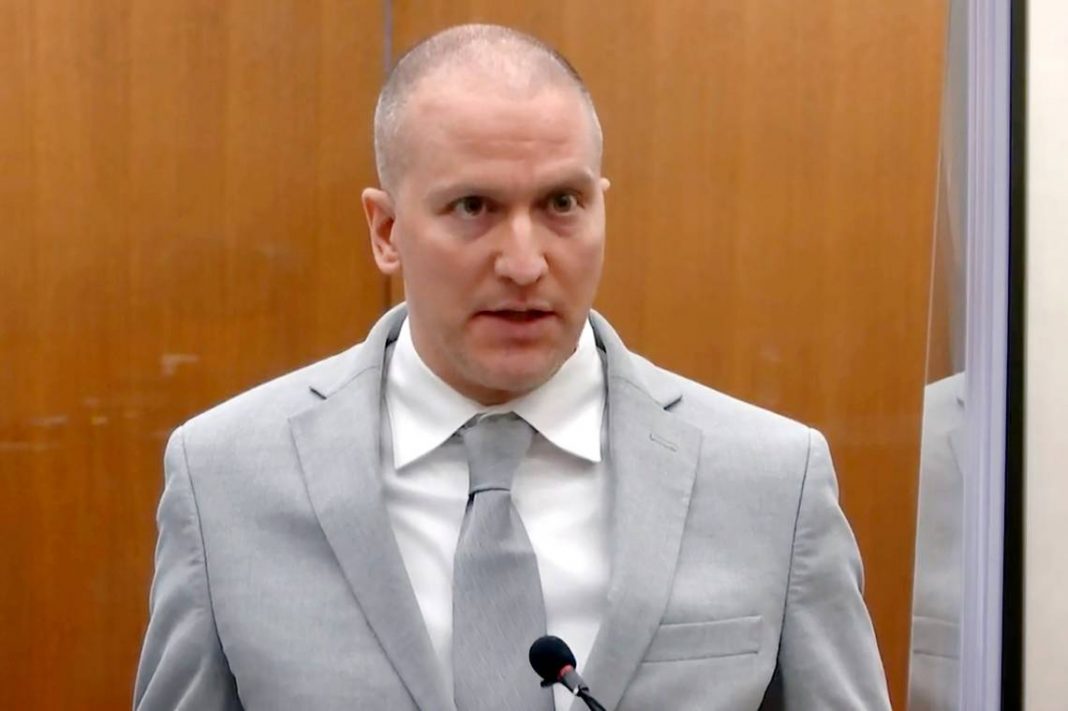 West News Wire: Due to federal charges originating from his involvement in the murder of George Floyd, an occurrence that prompted protests against racism and police brutality all over the world, a former police officer was given a two and a half year prison sentence.

Floyd, who was dying beneath officer Derek Chauvin’s knee in May 2020, was denied medical attention by Thomas Lane, who was jailed on Thursday.

Paul Magnuson, the judge who handed down the sentence, stated, “Mr. Lane, this is a very serious offense in which a life was lost.” You broke the law by refusing to get up and remove Mr. Chauvin after Mr. Floyd became unconscious.

The sentencing came more than two years after the killing of Floyd, who was Black, sparked protests in Minneapolis and around the world over racial injustice in policing, and launched a national reckoning on race.

Lane, 39, who is white, held Floyd’s legs as Chauvin pinned Floyd for nearly nine and a half minutes. Two other officers, J Alexander Kueng and Tou Thao, were also convicted of violating Floyd’s civil rights and will be sentenced later. Lane faces a separate sentencing on September 21 in state court after changing his plea there to guilty to a reduced charge of aiding and abetting manslaughter.

Magnuson on Thursday held up 145 letters of support for Lane he said he had never received so many on behalf of a defendant and faulted the Minneapolis Police Department for sending him out with another rookie on the call that ended with Floyd’s killing.

Federal prosecutors had asked for a sentence of up to six and a half years, in line with federal guidelines. Earl Gray, Lane’s lawyer asked for a little more than two years saying his client was the least culpable of the officers.

Gray had argued during the trial that Lane “did everything he could possibly do to help George Floyd”. He pointed out that Lane suggested rolling Floyd on his side so he could breathe, but was rebuffed twice by Chauvin. He also noted that Lane performed CPR to try to revive Floyd after the ambulance arrived.

Lane had testified at trial that he did not realise how dire Floyd’s condition was until paramedics turned him over. Prosecutor Manda Sertich countered that his expressions of concern showed he knew Floyd was in distress but “did nothing to give Mr. Floyd the medical aid he knew Mr. Floyd so desperately needed”.

Floyd’s family members said they were angered at the judge’s sentence.