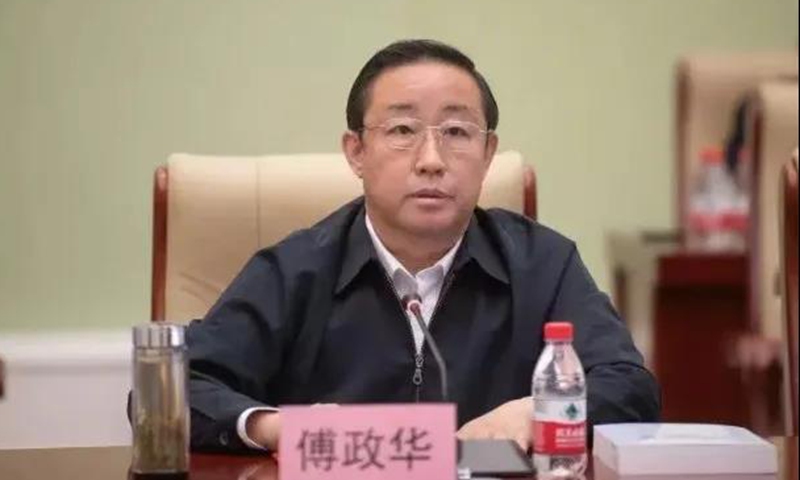 West News Wire: According to official media on Thursday, former Chinese justice minister Fu Zhenghua had been found guilty of corruption and abuse of authority and had been sentenced to death. After two years, however, the death sentence would be commuted to life in prison.

Fu was found guilty by the jury of abusing his position as the nation’s top public security official by accepting gifts and payments totaling $17.3 million in exchange for favors. The Intermediate People’s Court in Changchun, in the Jilin province, said in its verdict, as reported by state media, that the high-ranking member of the People’s Political Consultative Congress accepted bribes in exchange for aiding others with business operations, legal cases, and obtaining official positions, abusing his power.

The disgraced official served as justice minister from 2018 to 2020 after a lengthy career in law enforcement and the security service. He had also spearheaded several major corruption investigations of his own. He fell under suspicion in October, accused of “serious violations of discipline and national laws.”

Three former provincial police chiefs were also sentenced earlier this week, accused of both corruption and disloyalty to President Xi Jinping. All, including Fu, were allegedly part of a rival faction led by former high-ranking security official Sun Lijun, who is awaiting sentencing on charges of accepting bribes, manipulating the securities market, and owning illegal firearms.

Xi has made cracking down on corruption a cornerstone of his rule since assuming the country’s highest office in 2012. Over 100,000 people were indicted for graft during his first three years in office alone, with investigations opened against more than 1,500 public officials. Dozens of senior military officials have also been punished since he began his crusade against the so-called “tigers and flies.”

Xi is expected to be endorsed by the Party for a third term in October, which will make him the first Chinese leader since Mao Zedong to serve three terms. In June, he reiterated his “zero tolerance” policy for corruption in a speech to the Politburo Standing Committee, warning that he would “resolutely eliminate the two-faced person who acts against the party’s yang and yin.”