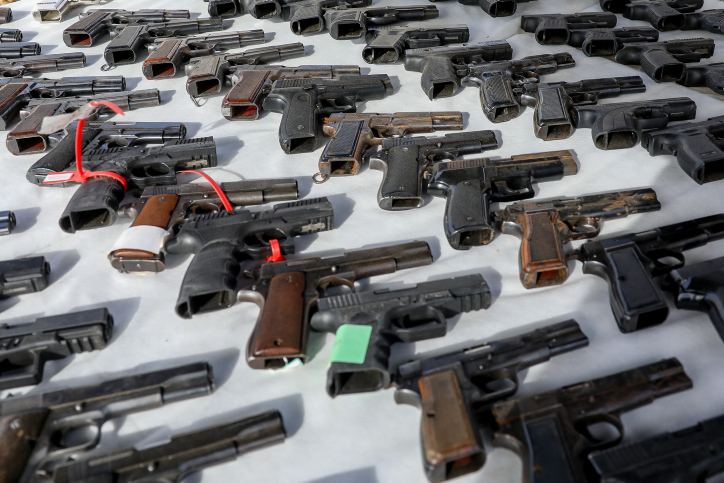 West News Wire: Federal prosecutors claim that a former deputy of the Philadelphia sheriff sold two weapons that were used in a horrific school shooting unlawfully.

According to the Department of Justice, Samir Ahmad, 29, of Philadelphia, has been charged with illegally selling weapons to a person in the United States and trafficking in firearms.

According to a federal complaint that was unsealed on Thursday, Ahmad allegedly sold a confidential FBI informant who was illegally present in the country a number of firearms while he was working as a deputy sheriff for the Philadelphia Sheriff’s Office.

Law enforcement traced the two pistols to a recent shooting outside Roxborough High School in Philadelphia, according to federal prosecutors. Five high schoolers were shot, one fatally, after at least four people opened fire outside the school on Sept. 27, the DOJ said.

“Just two weeks later, the defendant obtained two of the guns used in that shooting then sold them to the informant,” prosecutors said in a motion for pretrial detention filed on Wednesday. “The fact that the defendant had access to these guns so quickly after they were used to commit such a horrific crime speaks volumes about the danger that this defendant poses to the community.”

The motion further alleges that Ahmad sold the informant another semi-automatic pistol, as well as more than 50 grams of methamphetamine, on Oct. 18.

Ahmad, who had been employed as a deputy with the sheriff’s office since February 2018, was fired and arrested on Oct. 19, the DOJ said. He faces a maximum sentence of 15 years in prison for the firearms trafficking charges and could face additional charges for the alleged drug and firearm sales on Oct. 18, according to the DOJ.

It is unclear if Ahmad has an attorney. Online court records do not list any attorney information.

“As alleged, Samir Ahmad abused his authority to the greatest extent possible as a sworn law enforcement officer,” U.S. Attorney Jacqueline Romero said in a statement, charging that the former deputy was “adding fuel to the already incendiary fire of deadly gun violence in the city of Philadelphia.”

The Philadelphia Sheriff’s Office said in a statement that Ahmad was dismissed “for repeated violations” of the office’s “directives, policies and procedures.”

“As always, the Office of the Sheriff will continue to cooperate with local, state and federal authorities,” the statement said.