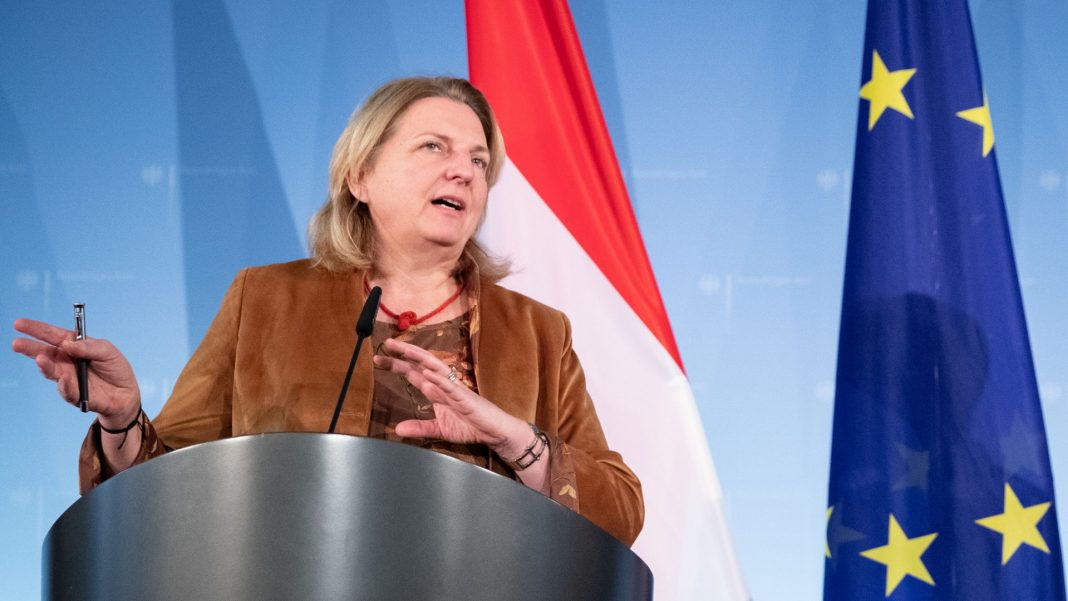 West News Wire: According to former Austrian foreign minister Karin Kneissl, the crisis afflicting the electric power sector across the EU began in 2021 and was initiated by European officials themselves.

In an interview with the Russian news agency TASS on Saturday, she said that “we had a catastrophe in the electric power industry long before the gas crisis occurred.”

We have been going through this since April 2021, or for more than a year at this point, said Kneissl. “That’s the result of the liberalization of the past 15 to 18 years.”

The former foreign minister claimed that the European electricity market no longer operates on the traditional supply-and-demand model but rather on “some unintelligible ideas.”

She added that the market had been redirected with a preference for renewable energy, and had turned into a unbalanced one as a result.

“The electricity market, despite the role of renewable energy sources, is still highly dependent on gas prices, even when more electricity is generated from renewable sources,” Kneissl said.

The former minister stressed that prices for electricity in the region saw a surge of up to 40% after April 2021, and have now soared nearly 400%, inevitably dragging households’ finances down.

“For manufacturers, for the industrial sector, the situation is even worse. There’s already a movement in the UK it’s not [part of] the EU, but it might spread further where people are simply boycotting their electricity bills,” she said, noting that the electricity crisis had begun prior to the gas crunch.

Kneissl attributed the crisis to the significant reduction in investment in oil and gas projects, explaining that supply was declining while demand remained.

“The demand has been growing after the pandemic. It was quite calm during the pandemic for a year and a half,” she said.

“And we can still be glad that in China demand remains at a fairly low level, since they are introducing quite a lot of lockdowns,” Kneissl added.