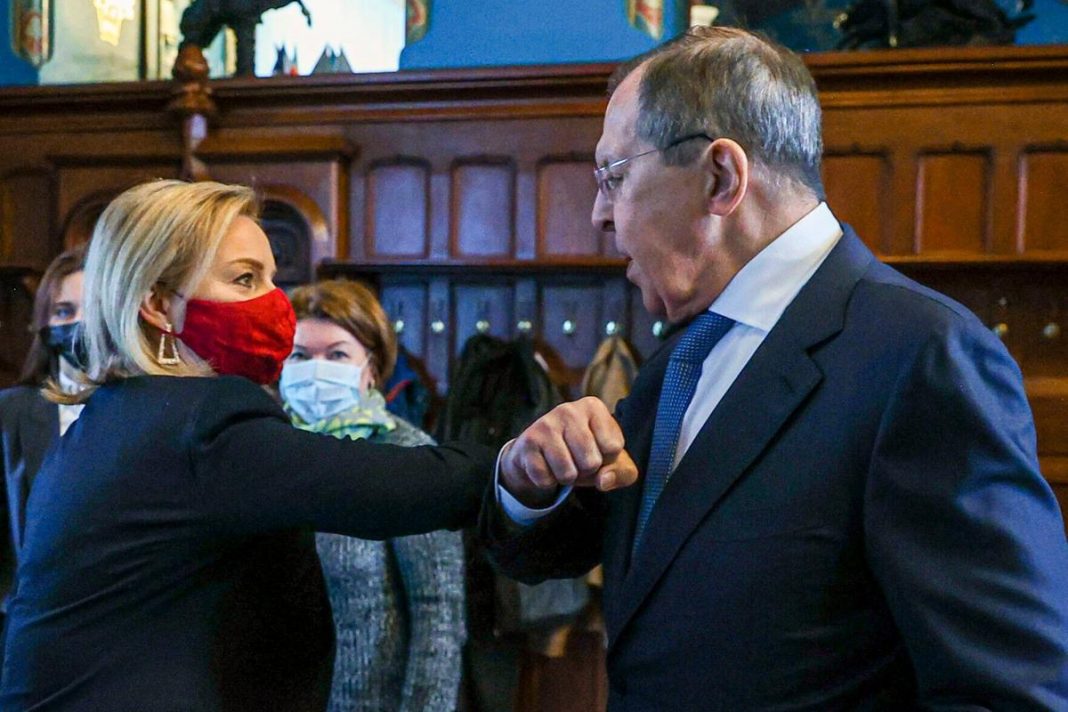 West News Wire: Diplomatic efforts to de-escalate tensions over Ukraine accelerated on Thursday, as did military manoeuvres on both sides in the midst of Russia’s and the West’s worst security crisis since the Cold War.

The UK’s senior ambassador publicly argued with her Russian counterpart in Moscow, giving little indication of warming relations between the two countries  or progress on the Ukrainian crisis.

Meanwhile, NATO Secretary General Jens Stoltenberg said he has made a new offer to Moscow for resuming talks. Thousands of Russian troops are participating in joint exercises in Belarus as part of a military buildup towards Ukraine.

Foreign policy advisers from Germany, France, Russia, and Ukraine were also scheduled to meet in Berlin on Thursday in the “Normandy format” to discuss the situation.

Moscow wants guarantees that NATO will halt its eastward expansion, rule out membership for Ukraine and other ex-Soviet countries, and roll back military deployments in Europe.

Russia’s troop deployments to Belarus and on its own border with Ukraine have prompted threats of more sanctions from the West should Russia attack its neighbor. Moscow denies planning an invasion.

Britain’s foreign secretary Liz Truss, on a two-day visit to Russia’s capital, again warned that an attack on Ukraine would “have massive consequences and carry severe costs”.

“I can’t see any other reason for having 100,000 troops stationed on the Ukrainian border apart from to threaten Ukraine. And if Russia is serious about diplomacy, they need to move those troops and desist from the threats,” she told a joint news conference following talks with her Russian counterpart Sergei Lavrov.

Truss urged Moscow to abide by its international agreements that commit it to respecting Ukraine’s independence and sovereignty.

Russia’s foreign minister retorted that Moscow would not accept Western lecturing. “Ideological approaches, ultimatums and moralising is a road to nowhere,” Lavrov said.

He rejected the UK’s demand for a Russian military withdrawal as inappropriate and pointed at British and NATO troop buildups in Eastern Europe, accusing Western politicians of fanning tensions for domestic political purposes.

The foreign secretary’s visit, accompanied by her defence minister, is the first to Moscow by a top UK envoy in more than four years. Ties were particularly badly strained by the March 2018 poisoning of former Russian spy Sergei Skripal in England.

In Brussels, NATO Secretary-General Jens Stoltenberg said he had reiterated an offer to Russia for continued dialogue on how to “find a diplomatic way forward”, in a letter to the Russian foreign minister.

But, he stressed, the military alliance would not compromise on core principles, “the right of each nation to choose its own path and NATO’s ability to protect and defend all allies”.

Appearing alongside the NATO chief, British Prime Minister Boris Johnson said “the stakes are very high and this is a very dangerous moment, and at stake are the rules that protect every nation, every nation big and small”.

Johnson, who flew later to Warsaw, said on Wednesday that the UK was ready to deploy an extra 1,000 soldiers in the event of a “humanitarian crisis” linked to the tensions in Ukraine.