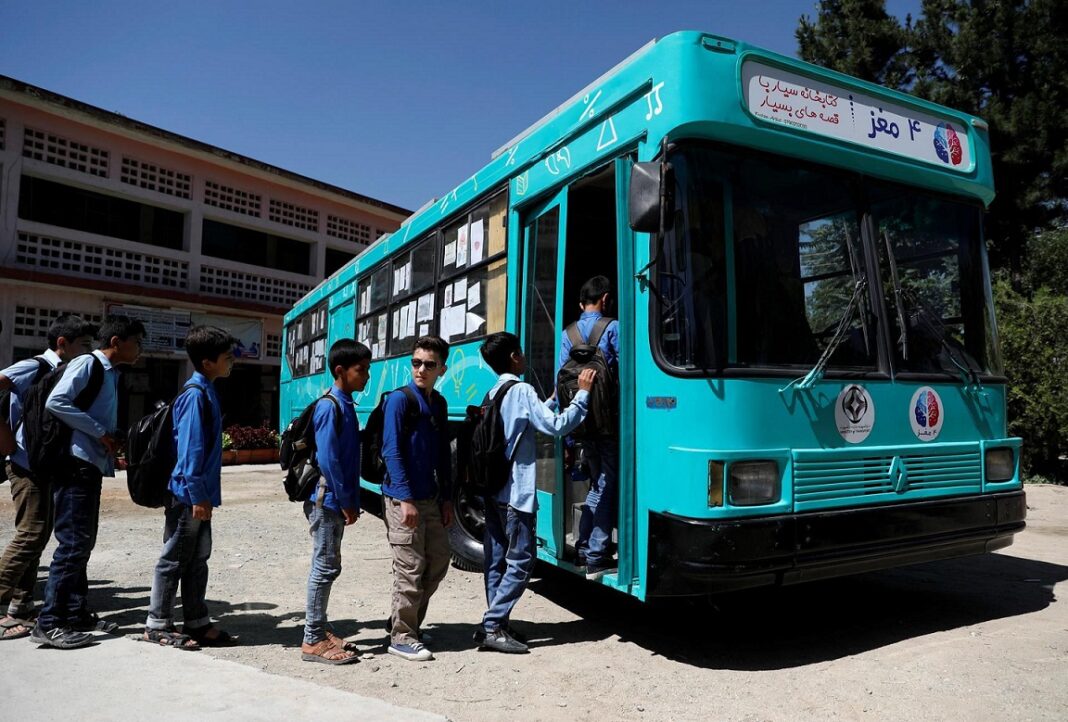 West News Wire: On Sunday, a mobile library bus visited a Kabul orphanage and, for the first time since the Taliban gained control of the nation, opened its doors, sparking grins from young book enthusiasts.

Charmaghz, a local organization founded by Afghan Oxford University graduate Freshta Karim, has set up five school buses, one of which is a mobile library.

Hundreds of youngsters utilized the mobile libraries every day as they crisscrossed the Afghan capital in recent years, as many schools in Afghanistan lack their own library.

The mobile library, on the other hand, lost “almost all of our donors” after the government was overthrown by the Taliban in mid-August, according to Ahmad Fahim Barakati, the non-profit initiative’s deputy director.

“Charmaghz has enough funds at present to keep the mobile libraries on the road for a month or so, but we are raising funds through online platforms and globally. I hope we will have enough sponsors and donators to keep going beyond then,” Barakati added.

The Taliban’s education ministry granted permission for the mobile libraries to restart after a three-month break, but it was only a few days ago that an agreement was reached with the transport ministry that owns the buses.