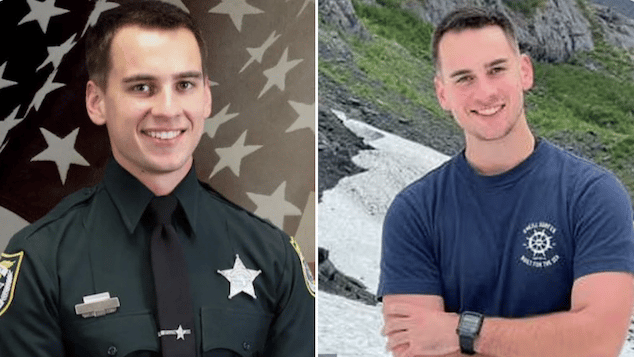 West News Wire: In what the sheriff referred to as a “incredibly foolish and entirely avoidable mistake,” a Florida sheriff’s deputy inadvertently shot and killed his roommate, another deputy.

Austin Walsh, a 23-year-old officer from Brevard County, was accidently shot by deputy Andrew Lawson and contacted 911 early on Saturday to report the incident. Austin Walsh later passed away from the single gunshot wound, according to Brevard County Sheriff Wayne Ivey.

The two deputies were “the best of friends,” according to the sheriff.

Lawson told officers he and Walsh were “standing around, talking” while Lawson was holding a weapon that he “believed he had emptied,” according to Ivey on Sunday. They had taken a break from playing an online game.

“At one point in their conversation, Lawson, thinking that the gun was unloaded, jokingly pointed the gun at Austin’s direction and pulled the trigger,” Ivey said.

“There is no excuse for this tragic and totally avoidable death,” the sheriff said.

Lawson was taken into custody on Sunday on a manslaughter charge, according to the sheriff. His arraignment was set for Monday.

Lawson, who was “fully cooperative” in the investigation, is “distraught and devastated,” Ivey said. The sheriff called him a “great kid who sadly made a horrible and irresponsible decision that has forever impacted the lives of so many.”

Walsh, who had been with the sheriff’s office since he was 18, “was passionate about his job and loved his community,” Ivey said.

“Austin was such a great kid,” Ivey said. “Our hearts are broken.”