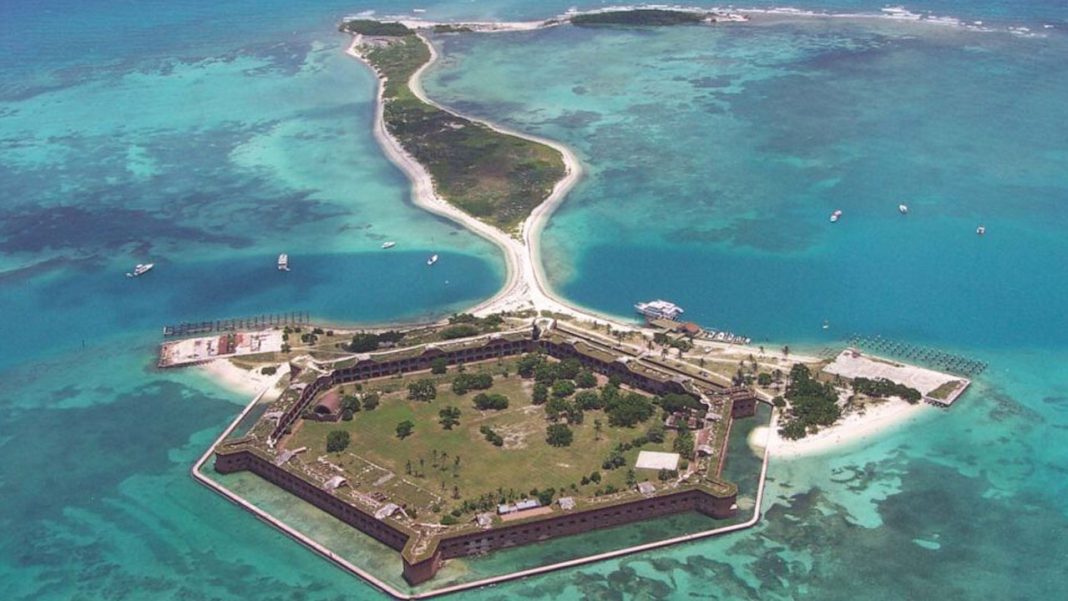 West News Wire: As a result of several migrant landings in the area over the past few days, Dry Tortugas National Park made the announcement that it would shutter on Monday.

The park has issued a statement explaining that it would “temporarily close to public access as law enforcement and medical staff evaluate, care for, and coordinate transfer to Key West for about 300 migrants who arrived in the area over the past couple of days.”

The U.S. Coast Guard refused to confirm whether the number of migrants reported by the National Area is true, but a representative stated the Homeland Security Task Force is currently rescuing many people from uninhabited islands in the park.

Dry Tortugas National Park is 70 miles west of Key West, Florida, and is a 100-square-mile park accessible only by boat or seaplane. It’s made up of seven small islands.

The closure “is expected to last several days,” a statement released by the park said.

“Like elsewhere in the Florida Keys, the park has recently seen an increase in people arriving by boat from Cuba and landing on the islands of Dry Tortugas National Park. Park first responders provide food, water and basic medical attention until the Department of Homeland Security arrives and takes the lead,” the statement said.

Enid Magari said he was camping in Dry Tortugas National Park when he saw groups of migrants arriving on shore.

“I was camping at Dry Tortugas for New Years. When we arrived on Dec 31st there were 80 migrants, by mid day Jan 1 there were close to 300 and we were informed we needed to leave the island. I witnessed 4 such landings myself…,” Magari tweeted.

One video Magari captured appears to show a row of vessels on the sand.

“The shouts of relief and tears of joy will stick with me for the rest of my life,” Magari tweeted.

The migrants are being given food and first aid and will be first transferred to federal law enforcement agents in the Keys. Rear Adm. McPherson said.