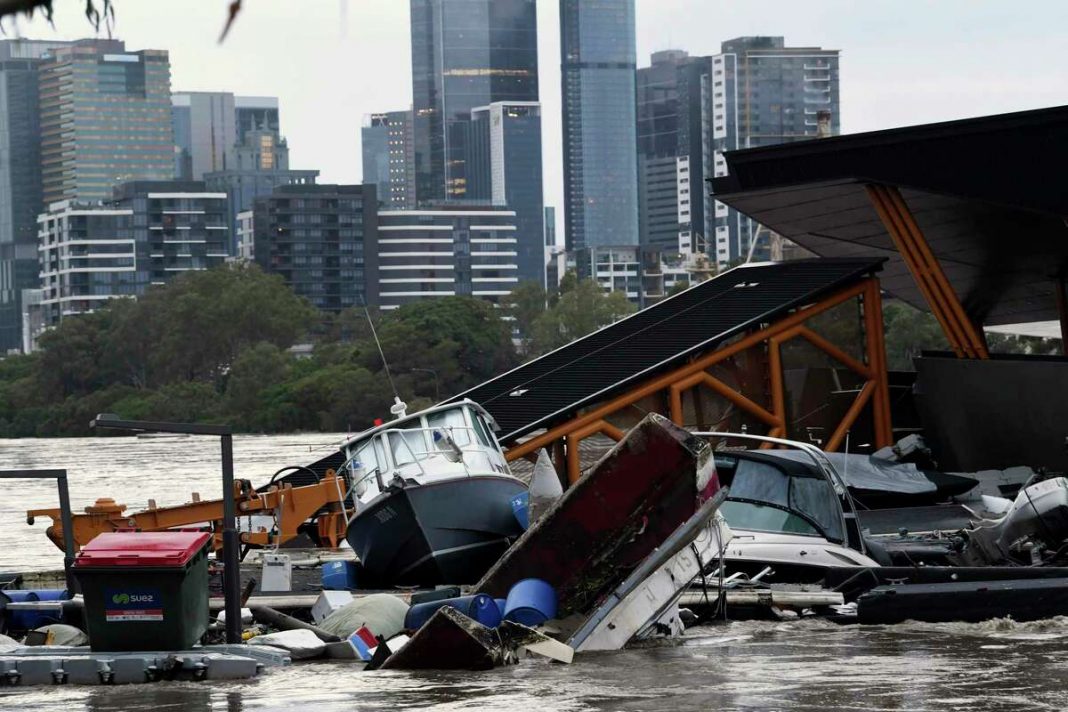 Brisbane and its environs are seeing their worst flooding since 2011, when the metropolis of 2.6 million people was swamped by a once-in-a-century storm.

On Sunday afternoon, a 59-year-old man drowned in Brisbane’s north after attempting to cross a flooded creek on foot and being pushed against a fence, according to Queensland state police.

Life-threatening flash flooding was reported south of Brisbane in portions of Gold Coast city, according to Queensland emergency services.

Residents were instructed to stay put unless it was dangerous to do so.

Access to many areas was cut in multiple places, Queensland Fire and Emergency Services said in an alert.

All seven flood deaths have been in Queensland state, of which Brisbane is the capital. A search continues for a solo sailor, aged in his 70s, who fell overboard from his vessel in the Brisbane River near the city center on Saturday.

South of the Queensland border, police on Monday were searching for man after officers heard him calling for help on Sunday in floodwaters in the New South Wales town of Lismore.

Multiple emergency flood alerts were in place for Brisbane suburbs, where 2,145 homes and 2,356 businesses were submerged or would become so Monday as the waters rose. Another 10,827 properties will be partially flooded above the floorboards.

Queensland Premier Annastacia Palaszczuk said the rainfall over Brisbane had been extraordinary since November when authorities were considering water use restrictions due to a shortage.

“It is still a significant event, and I think everyone would agree no one has seen this amount of rain in such a short period of time,” in the southeastern area, Palaszczuk said.

Brisbane Lord Mayor Adrian Schrinner said the floods are “very different” to 2011 because the rain pummeled the region for five days. In 2011, the rain had stopped days before the Brisbane River peaked and authorities had warned for several days of flooding downstream.

Queensland Transport Minister Mark Bailey said major roads had been cut. Train and ferry services across Brisbane have been halted, he said.

“We’re going to have localized flooding in a lot of areas for a couple of days yet,” Bailey said.

South of the Queensland border, the New South Wales town of Lismore was bracing for its worst flooding on record.

Downtown Lismore was inundated on Monday after days of unrelenting rain and 15,000 people had been evacuated, officials said.