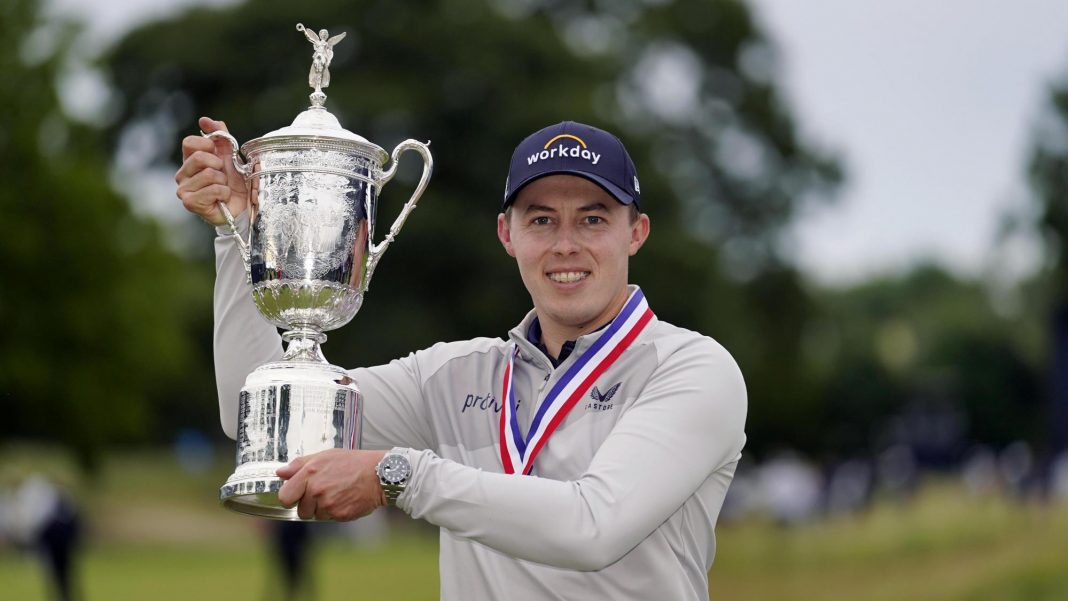 West News Wire: When Matt Fitzpatrick sized up his shot from a bunker left of the 18th fairway on Sunday in the US Open, a playoff loomed, as it always does at The Country Club.

He led Will Zalatoris and Masters champion Scottie Scheffler by one shot. In front of him was a large patch of rough-filled turf, as well as a gaping bunker protecting the green and a flag 156 yards away. The stakes were high, with a US Open title on the line.

Fitzpatrick delivered the biggest of all the clutch moments on a back nine that was littered with them.

He described it as “one of the best shots I’ve ever hit.”

Fitzpatrick hit 9-iron that started around the steep lip a “squeezy fade,” he called it carried the front bunker and settled 18 feet away, setting up a par for a 2-under 68 that made the Englishman a major champion for his first professional win in America.

“The feeling’s out of this world,” Fitzpatrick said. “It is so cliche, but it’s stuff you dream of as a kid. Yeah, to achieve it, I can retire a happy man tomorrow.”

Zalatoris, with remarkable resiliency during a tense battle at Brookline, had a 15-foot birdie to force a playoff. He dropped to his knees when the putt slid by the left edge of the cup. He shot 69 and was runner-up for the third time in the last seven majors.

Zalatoris and Scheffler, who earlier had a longer birdie putt to catch up to Fitzpatrick, did all they could. Fitzpatrick was convinced his time was coming, and he grabbed it.

“Matt’s shot on 18 is going to be shown probably for the rest of U.S. Open history,” Zalatoris said. “I walked by it, and I thought that going for it was going to be ballsy. But the fact that he pulled it off and even had a birdie look was just incredible.

The 25-year-old from Dallas suddenly had a two-shot lead. He also couldn’t keep the ball in the fairway, and it cost him with a dropped shot on No. 12. And then came another big turning point, with Fitzpatrick holing a 50-foot birdie putt across the 13th green. Zalatoris did well to make his 15-footer for par and they headed for the tense conclusion.

Hideki Matsuyama had the low round of the week at 65, but he finished at 3-under 277, and that was never going to be good enough. McIlroy had a 69 and finished in the group four shots behind with Collin Morikawa (66).

Fitzpatrick couldn’t stop smiling as he carried off the silver trophy, big and silver and shiny like the U.S. Amateur prize, only far more meaningful. And there was another poignant moment at the end. His caddie, Billy Foster, one of the longest-serving and most popular loopers in Europe, removed the flag from the 18th pin. That’s his trophy.