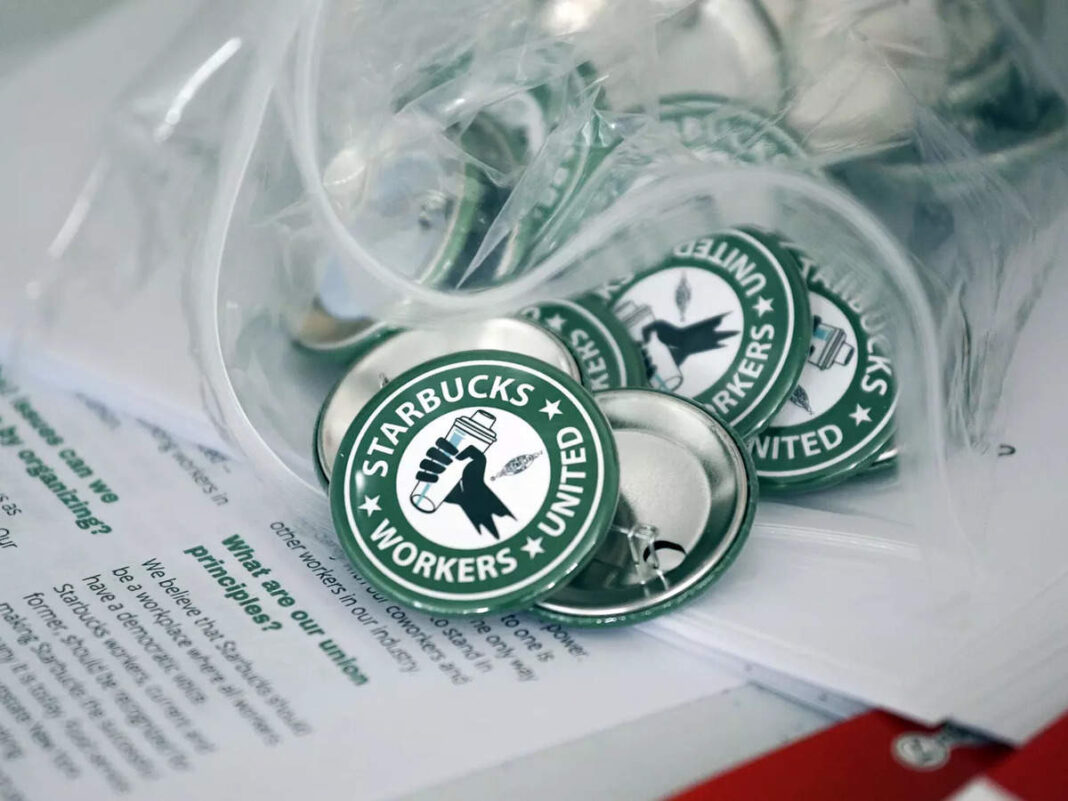 West News Wire: The National Labor Relations Board confirmed a vote Friday to form a union at a Starbucks store in Buffalo, which means the coffee chain will have to bargain with organized labor for the first time in a company-owned location in the United States.

“We’re not asking Starbucks to fight us; we’re asking them to change their ways,” said Jaz Brisack, an organizer at the store, which was one of three in New York that petitioned the labor board for a union election in October.

The voting was completed last week, and the board certified the results of the 19-8 vote by Buffalo employees on Friday.

The 50-year-old company has actively fought unionization for decades, saying its more than 8,000 company-owned U.S. stores function best when it works directly with employees.

Workers at a store in the Buffalo suburb of Hamburg voted 12-8 against a union. The outcome of a Cheektowaga store’s vote could not be determined because both sides challenged seven separate votes. Union organizers said six of the votes were cast by ineligible employees.

If the outcome of the ballot challenges favors unionization, organizers will drop the objection to the Cheektowaga results, attorney Ian Hayes said.

The objections say Starbucks employees “were subjected to a massive campaign of overwhelming psychological force from the moment they publicly expressed the desire to form a union.”

Dozens of managers were sent in to speak against the efforts in individual and group meetings with employees, according to the filings. Workers were told they could lose benefits under a union, and pro-union employees were spied on and saw their schedules changed and hours reduced.

The actions disrupted the “laboratory conditions” considered necessary for a fair election, the union said.

“These claims are grossly inaccurate. We did not and do not engage in intimidation tactics,” Starbucks responded in a statement. “We are partners and we show up for one another. That’s what we do and what we continue to do.”

If the NLRB determines that the claims could be grounds for setting aside an election, it would order a hearing to determine whether a new election should be held.

Last month, workers at all three locations began voting by mail on whether or not they wanted to be represented by Workers United, a Service Employees International Union affiliate.