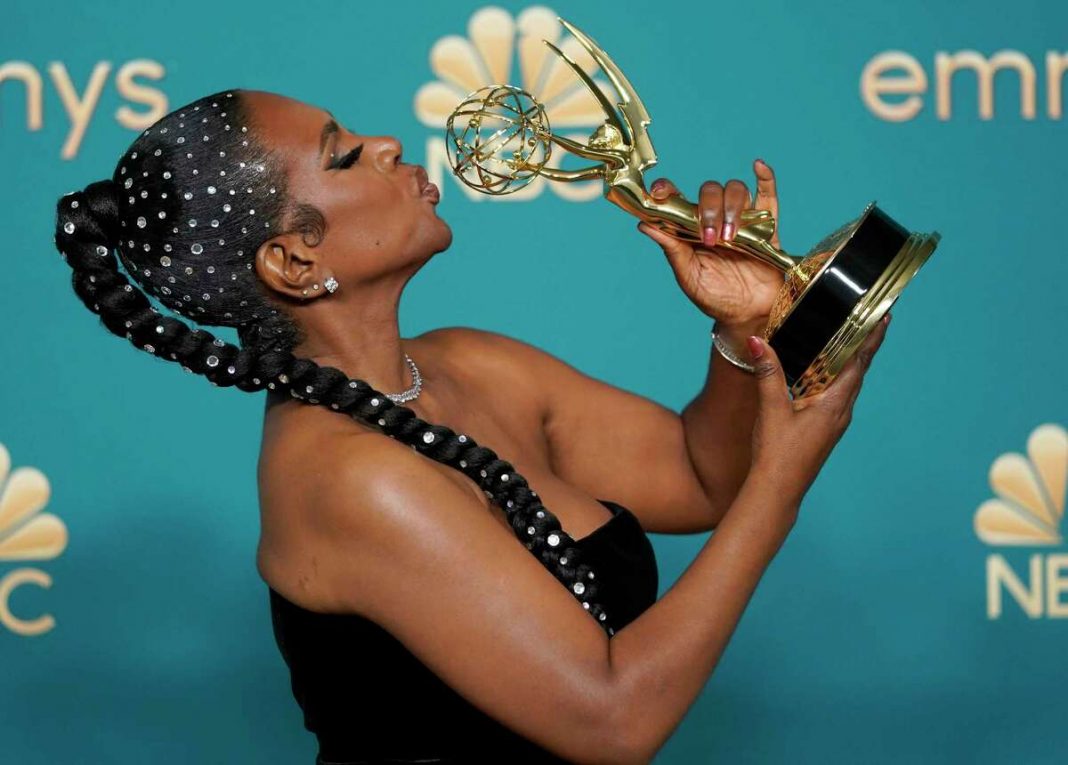 West News Wire: Sheryl Lee Ralph, a seasoned professional who won an Emmy at the age of 66 as a first-time nominee, revelled in her triumph by crooning stirring songs about being a “Endangered Species” and urging others to never give up on themselves no matter how long it takes to be noticed.

For her work as Barbara Howard, a beloved, matriarchal Kindergarten teacher on “Abbott Elementary,”  “mockumentary” sitcom about spirited teachers in a tragically underfunded Philadelphia public school, Ralph won the highest award in television on Monday night for best supporting actress in a comedy.

Ralph began her acceptance speech with a moving acapella rendition of the song before gathering herself to accept the prize inside the Microsoft Theater Endangered Species” by Dianne Reeves, belting: “I am a woman, I am an artist/And I know where my voice belongs.”

“To anyone who has ever, ever had a dream and thought your dream wasn’t, wouldn’t, couldn’t come true, I am here to tell you that this is what believing looks like,” Ralph declared before pumping her fist. “This is what striving looks like!”

Ralph’s honor comes after decades in the business with multiple iconic roles from “Dreamgirls” on Broadway in the 1980s, to stepmother to the title character on the 1990s sitcom “Moesha.”

In an interview with the Associated Press, Ralph relayed excitement about diversity at the Emmys, praising the Korean language “Squid Game” as well as her own show, “Abbott Elementary,” which has a majority-Black cast.

“The fact that this is the first time since the 1980s that people in a majority Black cast have all been nominated, the first time in 40 years,” Ralph said. “The fact that it is my first nomination, my first invitation to the awards and guess what? Nothing before its time. Everything is right on time. And I’m happy to be here because I’m sailing, baby. I’m loving it.”

Ahead of the award show, Ralph spoke on the red carpet about finally being appreciated in Hollywood, saying she initially thought the Mrs. Howard role would be a thankless gig.

“I was just doing my job because I felt like that. I thought that I was just going to be there collecting a check,” Ralph said in an interview with People magazine. “I had no idea that people would see the subtleties in the work. It’s very easy for people to miss the layers that you put in sometimes as an actor. And they saw it all.”

She also recalled how decades ago, legendary actor Robert De Niro advised her to keep going even though Hollywood was “not looking for the Black girls.”