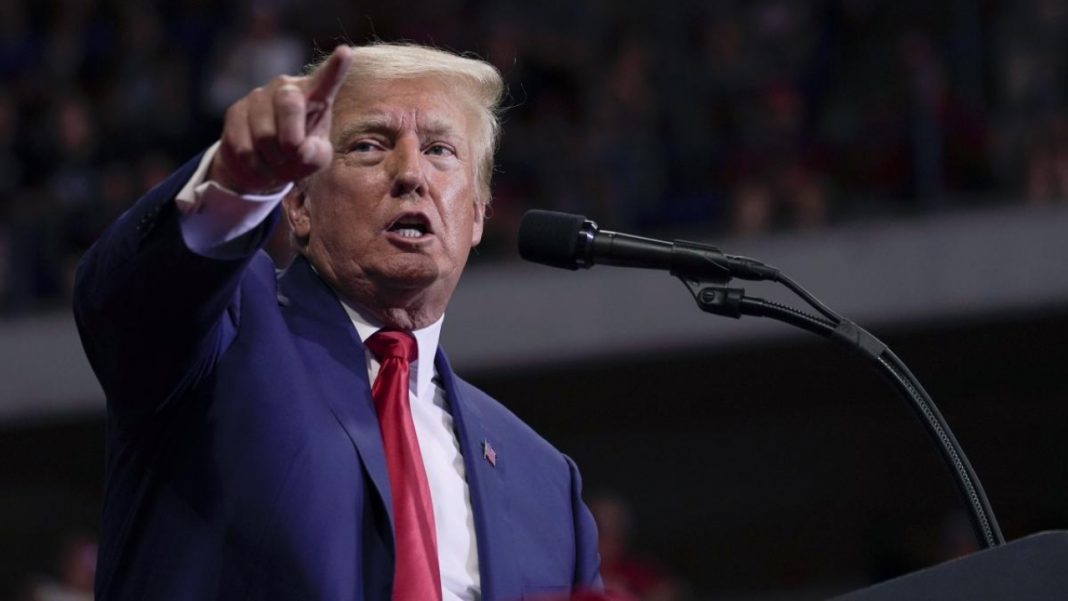 “The disgusting raid and break-in at my home, Mar-a-Lago, was a miscarriage of justice,” Trump said of the investigation. “The FBI and Justice Department have turned into savage beasts.”

Trump praised both candidates while emphasizing the importance of taking back the House and Senate this November.

And though Saturday’s rally was in support of his Pennsylvania candidates, Trump spent the vast majority of his speech focused on his own issues mainly with the FBI, the Department of Justice, fellow Republicans and Joe Biden.

“Joe Biden came to Philadelphia, Pennsylvania to give the most vicious, hateful and divisive speech ever delivered by an American president. He’s an enemy of the state,” Trump said in response to Biden’s remarks earlier this week.

Amid these high stakes, Trump’s rally also comes as fallout continues from the Aug. 8 FBI search at his Mar-a-Lago estate, where agents recovered classified documents as part of an investigation into his handling of presidential records after leaving office.

On Friday, Judge Cannon unsealed a detailed inventory showing what the FBI seized during the search. The list states some documents bearing classification markings ranging from confidential to top secret were found intermingled with newspaper clippings, photographs and other documents.

Trump almost immediately launched into a response to the raid of his Mar-a-Lago home Saturday, framing it as persecution of a political enemy. He attacked law enforcement without offering any substantive response to the allegations against him regarding his handling of classified documents.

“There could be no more vivid example of the very real threats of American freedom than just a few weeks ago you saw when we witnessed one of the most shocking abuses of power by any administration in American history. The shameful raid and breaking of my home Mar a Lago was a travesty of justice,” Trump said.

Those in line to hear him speak on Saturday expressed beliefs that Trump was unfairly targeted.

“I don’t feel he did anything wrong. I think that will come out in the end, but they just want to turn people against Trump,” said Barbara, a voter from Mountain Top, Pennsylvania.

Trump’s appearance in Pennsylvania comes just days after President Joe Biden’s back-to-back visits in the battleground state, during which he condemned Trump and his fellow “MAGA Republicans” as a dominant force in today’s GOP and a threat to American democracy.

In a Thursday evening speech from Independence Hall in Philadelphia, Vice President Joe Biden declared that “too much of what’s happening in our country today is not normal.” The MAGA Republicans and Donald Trump stand for an extremism that imperils the fundamental foundations of our nation.

As he attempts to reframe the November elections as a choice between those who want to save the “soul of the nation” or those who, in his view, are a threat to democracy, Biden has stepped up his rhetoric.

“”You’re all enemies of the state? Joe Biden came to Philadelphia, Pennsylvania to deliver the most vile, bigoted, and polarizing address ever given by an American president,” Trump stated. He is the state’s adversary. You’re searching for the reality.”