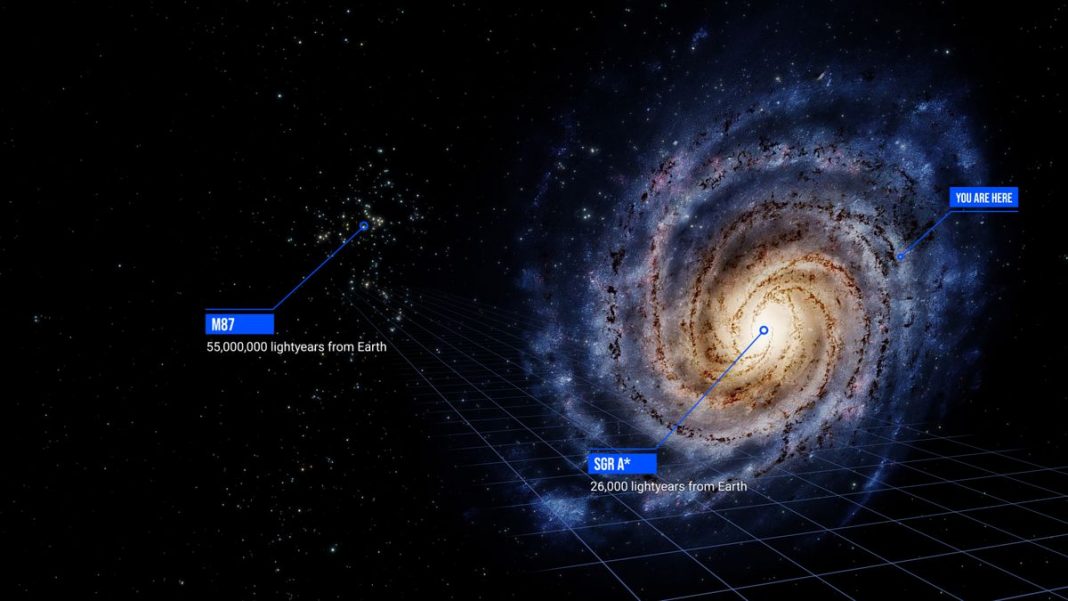 West News Wire: The first wild but hazy image of the supermassive black hole at the center of our own Milky Way galaxy was released to the globe on Thursday.

Nearly all galaxies, including our own, are thought to feature these massive black holes at their centers, where light and matter cannot escape, making photographs of them extremely difficult. As light, superheated gas, and dust are pulled into the abyss, gravity bends and twists it in a chaotic manner.

The Event Horizon Telescope, an international cooperation of eight synchronized radio telescopes across the world, revealed the colorized image on Thursday. Previous attempts have discovered the black hole at the heart of our galaxy to be too jumpy to photograph.

The University of Arizona’s Feryal Ozel called the black hole “the gentle giant in the center of our galaxy” while announcing the new image.

The Milky Way black hole is called Sagittarius A(asterisk), near the border of Sagittarius and Scorpius constellations. It is 4 million times more massive than our sun.

The new image joins the first ever picture of a black hole, in the galaxy Messier 87, or M87, which the same team of researchers produced in 2019. “We have seen what we thought was ‘unseeable,’” Sheperd Doeleman, an astronomer at the Harvard-Smithsonian Center for Astrophysics, said at the time.

The similarity in the pictures demonstrated that the 2019 image was not a coincidence, Dr. Ozel said.

Moreover, the features of the radio doughnut matched perfectly with predictions derived from the motions of stars and gas clouds around the galactic center. “This is an extraordinary verification of Einstein’s general theory of relativity,” said Michael Johnson, a team member and also of the Harvard-Smithsonian Center.