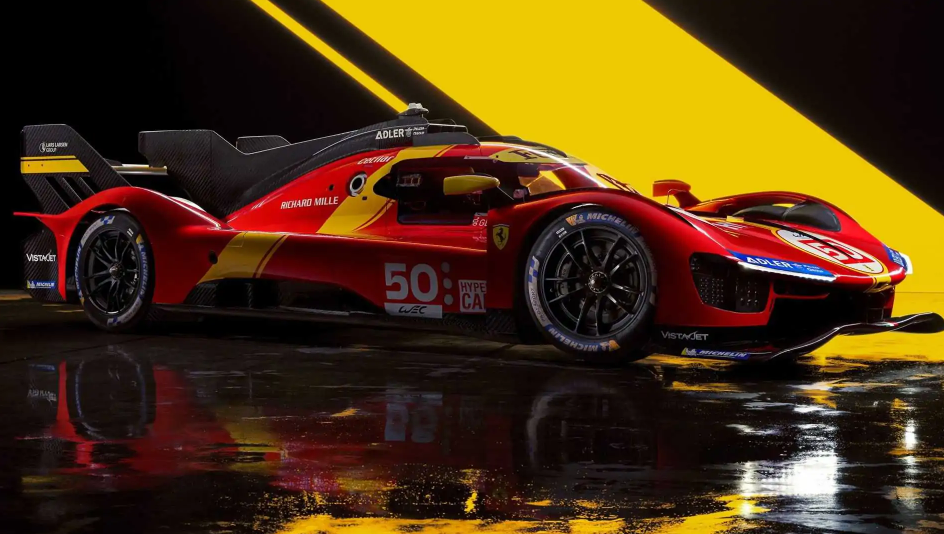 West News Wire: The first works sportscar from Ferrari to compete at Le Mans in more than 50 years has been unveiled.

In preparation for the World Endurance Championship and the Le Mans 24 Hours race in 2019, the 499P was unveiled on Saturday.

John Elkann, the chairman of Ferrari, said: “With the 499 P, we set out on a road of innovation and progress that is true to our tradition.”

Following organizers’ promises of greater creative flexibility for the cars, the majority of which would be powered by hybrid technology, Toyota will be joined in the new class by Peugeot, Porsche, Cadillac, and other automakers in 2023.

Ferrari’s 499P classified as LMH (Le Mans Hypercar) will be four-wheel drive, with a twin-turbo-charged V6 engine and an electric power unit delivering 500kW of power.

Elkann added: “We return to compete for outright victory in the WEC series. We see the track as the ideal terrain to push the boundaries of cutting-edge technological solutions that in time will be transferred to our road cars.”

Ferrari regularly compete in several global sportscar series, but last entered as works team 50 years ago during the seventies, when sportscar racing was featured in Steve McQueen’s film Le Mans.

“These new regulations permit car manufacturers to have freedom of design and now we have fantastic cars. It’s return to history of Ferrari competing against Peugeot, Porsche and Cadillac we have best car manufacturers in the world and we are very happy about that.”

Along with many of the other manufacturers set for involvement in the hypercar class, it is not yet known who will drive the 499P next year.

The seven-race World Endurance Championship series has also introduced a renewable bio-fuel, 65% of which is made from renewable sources.