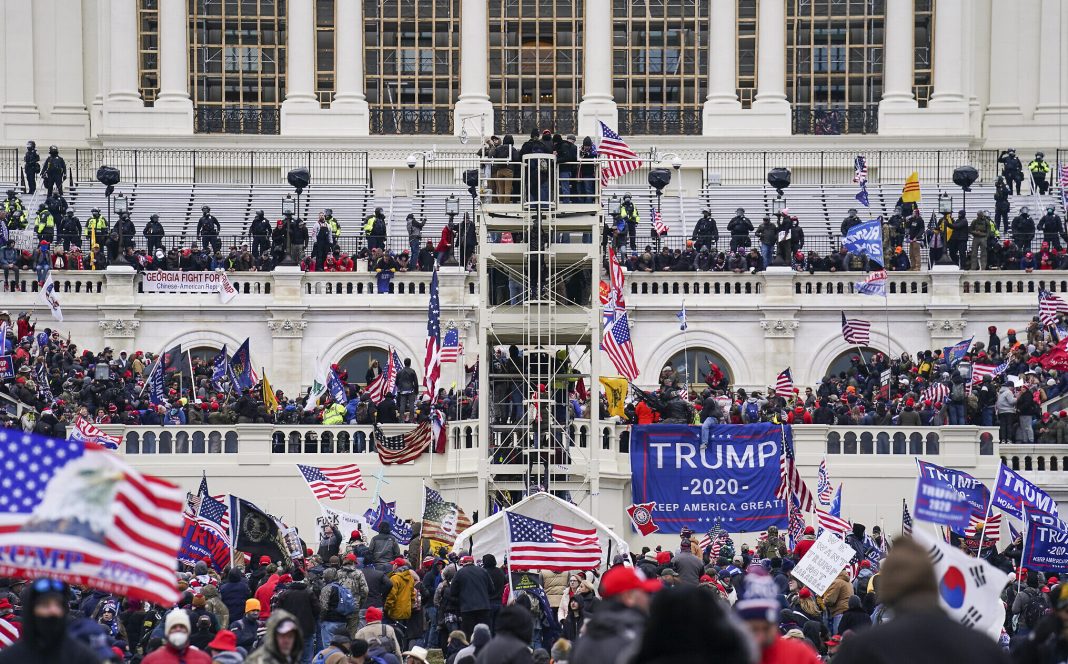 West News Wire: In federal court in Washington, D.C., the first man to be tried for his part in the uprising at the U.S. Capitol last year will be sentenced on Monday.

A federal jury found Guy Wesley Reffitt, 49, of Wylie, Texas, guilty of five felonies in March, including obstructing the administration of justice and accessing and remaining on restricted property while armed.

The U.S. Department of Justice’s federal prosecutors have requested that Reffitt receive a sentence of 15 years in prison, which would be the most severe punishment ever imposed on a defendant in the Capitol incident. Additionally, prosecutors have requested a federal district court judge apply a terrorist enhancement for the first time, which would effectively define under law that a rioter’s actions amounted to domestic terrorism.

Reffitt is among the more than 850 people who have been charged in connection with the deadly breach of the Capitol building on Jan. 6, 2021, which disrupted a joint session of Congress convened to ascertain and count the electoral votes related to the 2020 presidential election. Over 200 defendants have already pleaded guilty to a variety of misdemeanors and felony charges, with some being sentenced to years in federal prison.

Reffitt’s attorney, Clinton Broden, asked that his client be sentenced to no more than two years. He said he was shocked by the prosecution’s recommendation, since his client wasn’t accused of entering the Capitol or assaulting any police officers that day.

“It’s absolutely absurd,” Broden told The Associated Press during a telephone interview last month. “I certainly don’t condone what Mr. Reffitt did. And I think everybody realizes the seriousness of the offenses. But at the same point, there has to be some proportionality here.”

U.S. District Judge Dabney Friedrich isn’t bound by any of the recommendations or the federal sentencing guidelines, which in Reffitt’s case call for a prison sentence ranging from nine years to 11 years and three months.

During the trial, prosecutors sought to cast Reffitt, a member of the Texas Three Percenters militia group, as a ringleader of one of the first waves of the mob that breached the Capitol from the building’s west side.

Videos played in court showed Reffitt climbing a stone banister near where scaffolding had been put up in advance of President Joe Biden’s inauguration, and Reffitt confronting U.S. Capitol Police officers who warned him to back down before they fired less-than-lethal ammunition and pepper spray to stop his advance. Other videos presented in court showed Reffitt gesturing to the crowd behind him in what appeared to be an attempt to get them to move up the stairs toward multiple entryways that lead into the building.

At one point in the trial, prosecutors played first-person footage that Reffitt had recorded with a 360-degree camera mounted on his helmet while in the crowd at the “Save America” rally prior to the attack.

“We’re taking the Capitol before the day is out,” Reffitt says in the video. “Everybody is in the same harmony on that dragging ’em out kicking.

The Justice Department’s case also relied on two key witnesses: Rocky Hardie, a former member of the Texas Three Percenters, who testified against Reffitt in exchange for immunity to cooperate, and Reffitt’s 19-year-old son, Jackson, who submitted an online tip to the FBI first alerting them to his father’s plans weeks before the riot, ultimately leading to Reffitt’s arrest on Jan. 16, 2021.

During an interview with a news channel from jail last December, Reffitt said he “never expected anything like this to happen.”

“This has been disastrous for me and my family, especially for my girls, my son actually, all of my family,” Reffitt told news reporters.