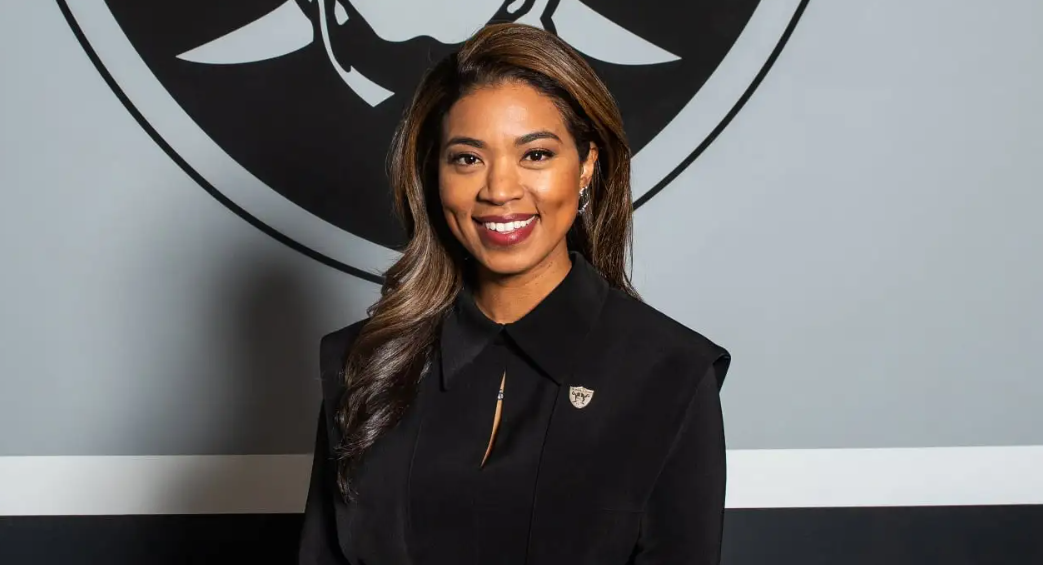 West News Wire: By appointing Sandra Douglass Morgan, a former chairwoman of the Nevada Gaming Control Board, as the first Black woman team president in NFL history, the Las Vegas Raiders made history on Thursday.

In a statement released by the team, Morgan said, “Joining the Raiders at one of the most pivotal points in the team’s history is the honor of a lifetime.” “Our expectations have been exceeded by the new energy and opportunities brought about by the arrival of this team in Las Vegas. I’m excited to bring this team’s character, zeal, and dedication to excellence off the field into every aspect of this business.”

At the time of her appointment in May 2019, Morgan was also the first Black woman to serve as the chairman of Nevada’s Gaming Control Board. She joins Buffalo’s Kim Pegula, who is also the Bills’ co-owner, and Carolina’s Kristi Coleman as the third woman to be hired as a team president in NFL history.

“I am thrilled that Sandra has agreed to join the Raiders family,” Raiders owner Mark Davis said. “Her experience, integrity and passion for this community will be invaluable to our organization. From the moment I met Sandra, I knew she was a force to be reckoned with. We are extremely lucky to have her at the helm.”

Morgan will be the Raiders’ third team president in just over a year. In July 2021, Marc Badain abruptly resigned after serving as president since 2013 and working with the organization since 1991. Badain was succeeded by Dan Ventrelle, who served as interim president until he was fired this past May. Ventrelle later claimed he was fired for elevating multiple employees’ allegations that Davis “created a hostile work environment.”

Alongside the announcement of their new team president, Las Vegas is also set to announce Heather DeSanto as their new vice president of human resources.

“Let me be clear I am not here to avoid or sidestep problems or concerns that need to be addressed,” Morgan said in her letter to the Raiders. “I’ve given long and thoughtful consideration to joining you, and I’ve done so because I believe in the promise of the Raiders. Most importantly, I believe in your core values of integrity, community, and commitment to excellence. I will expect you to embody those and to hold me accountable to doing the same.”