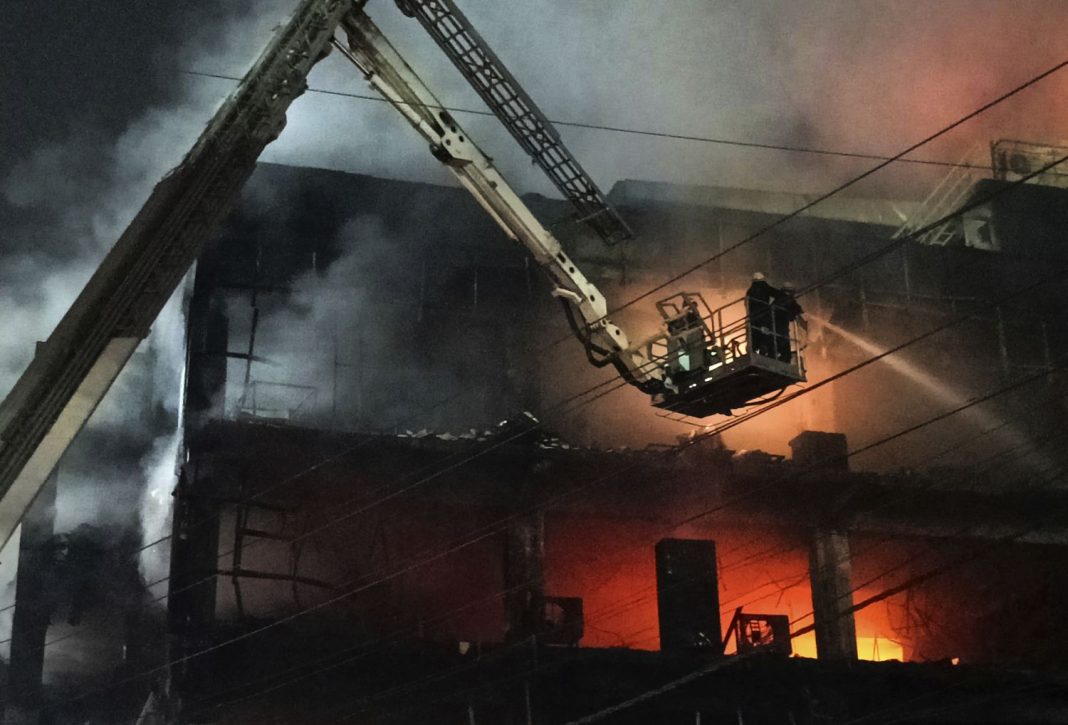 West News Wire: A major fire in a skyscraper in New Delhi, India’s capital, has killed at least 27 people and injured scores more, according to rescue services.

The massive fire broke out in the late afternoon at a four-story commercial building in west New Delhi, although the reason was not immediately known.

“There are a total of 27 people who have died.” “The search is ongoing,” a fire department officer said on Friday.

People jumped from the blazing building to save their lives, according to Sunil Choudhary, deputy chief fire officer for the Delhi fire service.

“More than 25 people are injured, including those who jumped from the building,” Choudhary said.

Approximately 60 to 70 people have been rescued, local media quoted police as saying, and more than 40 had sustained burns and are being treated in hospital.

The third floor of the building has not yet been searched and more dead bodies are expected to be recovered, TV channel CNN-News18 quoted Atul Garg from the Delhi fire service as saying.

The blaze started from the first floor of the building, which houses the office of a security camera and router manufacturing company, NDTV quoted police official Sameer Sharma as saying.

Prime Minister Narendra Modi said he was extremely saddened by the loss of lives.

Fires are common in India, where building laws and safety norms are often flouted by builders and residents.

In 2019, a fire caused by an electrical short circuit engulfed a building in New Delhi killing 43 people.