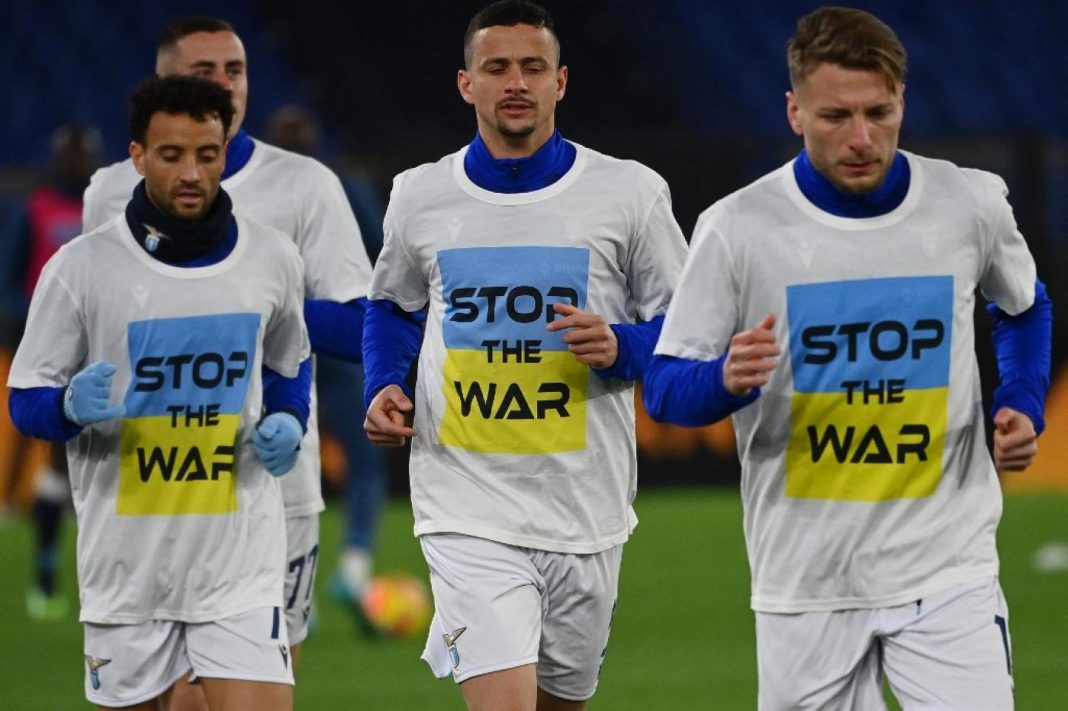 West News Wire: FIFA has ordered Russia to play matches at neutral sites without its flag or anthem, threatening the country with exclusion if the situation in Ukraine does not improve.

The “urgent initial actions” announced by FIFA on Sunday were quickly criticised as insufficient by European nations.

FIFA has announced that no international football matches will be played in Russia, and the country’s flag and anthem will be banned from any of its matches overseas, after condemning Russia’s “use of force” in its invasion of Ukraine.

The international governing body stated that the national team would participate as the Football Union of Russia (RFU), and that any ‘home’ games would be staged on “neutral territory” with no fans.

But Polish Football Association chief Cezary Kulesza criticised the FIFA stance and called for Russia to be expelled from the World Cup.

“Today’s FIFA decision is totally unacceptable. We are not interested in participating in this game of appearances. Our stance remains intact: Polish National Team will not play with Russia, no matter what the name of the team is,” he wrote on Twitter.

“If FIFA’s Human Rights Policy is more than just words on paper, now is the time to put it into effect, excluding the Russian Football Association from qualifying for the Qatar World Cup in 2022,” he added in a statement.

Poland had been due to play in Moscow on March 24.

Should Russia prevail, they are then scheduled to host the winners of a match between the Czech Republic and Sweden on March 29.

The draw for the World Cup finals, to be staged in Qatar in November and December, is set for April 1.

The Czech Republic and Sweden have also said they would not play against the Russians.

Swedish federation president Karl-Erik Nilsson, the senior UEFA vice president, told the website Fotbollskanalen that he was not satisfied with the FIFA decision with a “sharper stance” expected.

The Czechs said the FIFA compromise did not change their decision not to play Russia.

FIFA said it would try to find a solution with the three countries involved in the World Cup qualifiers.

“[FIFA] has already engaged in dialogue with all of these football associations. FIFA will remain in close contact to seek to find appropriate and acceptable solutions together,” the statement said.

England’s Football Association also said its national team would not play any matches against Russia “for the foreseeable future”.

“Out of solidarity with the Ukraine and to wholeheartedly condemn the atrocities being committed by the Russian leadership, the FA can confirm that we won’t play against Russia in any international fixtures for the foreseeable future. This includes any potential match at any level of senior, age group or para football,” a spokesman said.

However, FIFA’s statement did offer the prospect of further sanctions.

“FIFA will continue its ongoing dialogue with the IOC, UEFA and other sport organisations to determine any additional measures or sanctions, including a potential exclusion from competitions, that shall be applied in the near future should the situation not be improving rapidly,” the statement said.

The International Olympic Committee urged international sport federations on Friday to either move or cancel events planned in Russia or Belarus. Russian troops entered Ukraine through Belarus when the invasion began on Thursday.

Ukrainian forces were holding off Russian troops advancing on the capital Kyiv, Ukrainian President Volodymyr Zelenskyy said as the biggest assault on a European state since World War Two entered a fourth day.