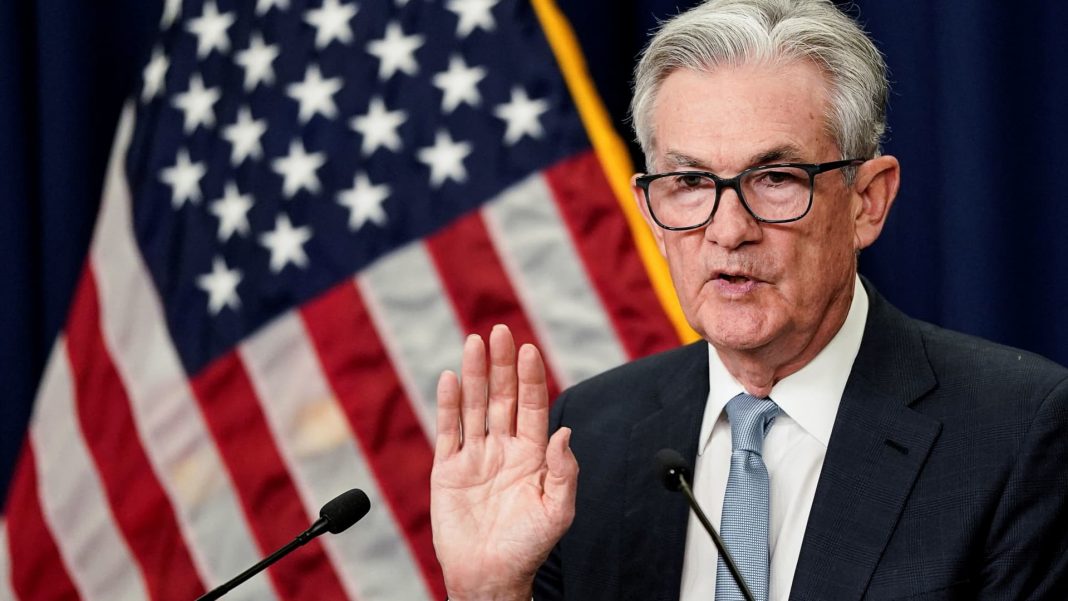 West News Wire: The Federal Reserve increased borrowing costs dramatically on Wednesday, the latest in a string of rate hikes as the institution works to contain near-historic inflation without triggering a recession.

The Federal Reserve increased the benchmark interest rate by 0.75%, maintaining the increase it enacted in its previous two meetings. The Fed hadn’t matched a raise of this size since 1994 before this year.

The action comes a little more than a week after an inflation report that was higher than anticipated indicated that prices increased marginally in August, aggravating cost problems for American households and sending the S&P 500 into a tailspin for its worst day of 2022.

The Fed has put forward a string of aggressive interest rate hikes in recent months as it tries to slash price increases by slowing the economy and choking off demand. But the approach risks tipping the U.S. into a recession and putting millions out of work.

“Inflation remains elevated, reflecting supply and demand imbalances related to the pandemic, higher food and energy prices, and broader price pressures,” the Federal Reserve said in a statement on Wednesday.

“Recent indicators point to modest growth in spending and production. Job gains have been robust in recent months, and the unemployment rate has remained low,” the statement added.

Hours before the rate hike announcement, chief executives at some of the largest U.S. banks sounded the alarm over sky-high inflation in testimony before Congress, warning that price hikes would require further borrowing cost increases from the Federal Reserve that will slow the economy and impose widespread financial pain.

Speaking at a conference held by the conservative-leaning Cato Institute, Fed Chair Jerome Powell said earlier this month that the central bank must act “forthrightly, strongly” to dial back inflation.

The rate hikes have yielded mixed results, however. On an annual basis, consumer prices have moderated slightly but remain highly elevated.

The consumer price index rose 8.3% over the past year as of August, a slight slowdown from 8.5% in July, according to the Bureau of Labor Statistics.

Some prices have already fallen significantly, though. Gas prices dropped 10.6% in August, the bureau said.

Meanwhile, rate increases appear to have slowed key sectors of the economy, sending mortgage rates higher and slowing the construction of new homes, for instance.

Still, other indicators suggest the U.S. economy continues to hum.

U.S. hiring fell from its breakneck pace but remained robust in August, with the economy adding 315,000 jobs and the unemployment rate rising to 3.7% as more people sought work, according to data released by the Bureau of Labor Statistics in early September.

On Wednesday afternoon, immediately after the rate hike announcement, each of the major stock indexes had fallen slightly.