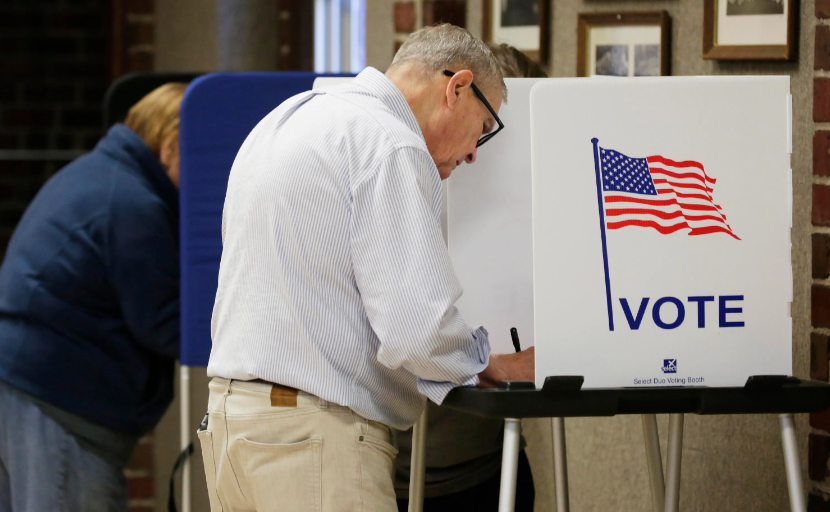 West News Wire: As tensions rise around crucial contests that are razor-close, experts caution that a flood of false information surrounding the US midterm elections might develop into a deluge once voting is over.

Some results won’t likely be announced for days or weeks, which observers believe may lead to a deluge of acrimonious challenges and baseless allegations of election fraud.

Far-right Republican candidates have already taken advantage of isolated voting machine malfunctions to undertake what many perceived as proactive measures to skew the results. These candidates support former president Donald Trump’s illogical allegation that the 2020 election was stolen from him.

The Election Integrity Partnership (EIP), a non-partisan research organization, stated in a report that “after election night, the focus will narrow.”

“As the public wakes up on Wednesday to find some races still in play and some races in which their candidate unexpectedly lost, partisans will swing their attention to the rumours most relevant to those races, seeking to amplify them and spin them into larger stories.”

The main focus is on the tight races in battleground states including Georgia, Pennsylvania, Nevada and Arizona with a single seat enough to swing control of the Senate.

“If we have close elections, particularly if they involve party control of the US Senate, disinformation will get worse,” Rick Hasen, a professor and director of the “Safeguarding Democracy Project” at UCLA law school, told AFP.

“It has now become common among Trump’s supporters to believe that election theft in the US is common, despite all reliable evidence to the contrary. And these kinds of claims could well arise again in close elections.”

The disputes could set the stage for a prolonged period of uncertainty, particularly as more than half the Republican midterm candidates are “election deniers” who have repeated Trump’s debunked claims of fraud in the 2020 polls.

“If candidates do not concede, or decide to litigate the election, this period will extend, with each day selecting some piece of election-day or counting-period evidence to amplify or extend,” the EIP report said.

Experts also warn that right-wing “election observers” mobilized by Trump supporters to hunt for voter fraud could baselessly claim that they were unable to spot it after legal curbs on their activities, raising the possibility of violent confrontation.

Read More
Biden predicts US economy will outperform the pandemic

The misinformation flooding social media has already included some calls for violence by election conspiracy theorists.

The call, reports said, came in response to news that the deadline for mail-in ballots in one state county had been extended after a logistical hiccup.

The Center for American Progress, a non-partisan think-tank, said misinformation tends to “not only continue but change and worsen in the post-election environment.”

“And most obviously, former President Trump may declare his intent to run for president in 2024, even before any newly elected officials are seated, giving him and his constant stream of disinformation increased media attention.”

Republican politicians, including Trump, began casting doubts on the integrity of the midterm election after technical problems with voting machines were reported in one part of Arizona.

“Can this possibly be true when a vast majority of Republicans waited for today to Vote?” Trump said on his Truth Social platform.

“Here we go again? The people will not stand for it!!!”

He was not alone.

It’s difficult to tell whether we are witnessing incompetence or something worse, tweeted Blake Masters, an Arizona senatorial candidate who has received Trump’s support.

All we now know is that the Democrats want you to lose heart and leave.

About 20% of the 223 polling locations in Maricopa County, Arizona, experienced problems on Tuesday, according to officials there, but the accuracy of the vote was unaffected.

The Maricopa County Recorder’s Office posted on Twitter, “In the past few months, people have been disseminating false information regarding our elections.

“More of it is what we expect to see in the coming weeks. With the truth, we are prepared to fight false information.”